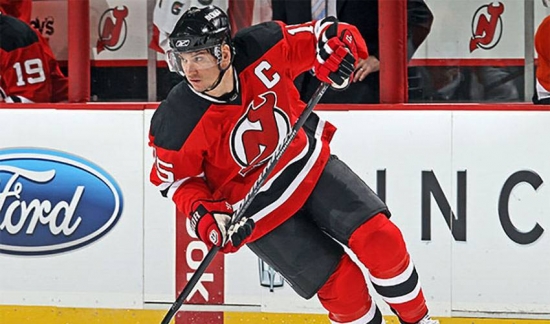 In his eighth season in the National Hockey League, Right Wing Jamie Langenbrunner was traded from his first team, the Dallas Stars, to the New Jersey Devils. The Minnesotan won a Stanley Cup with Dallas in 1999, and the on-ice leader was set to the same with the Devils.

Langenbrunner was traded with Joe Nieuwendyk, and the two helped take New Jersey to another Cup win in 2003.  He had a then-high 55 Points that year, and he led all skaters in Goals (11) and Points (18) in those playoffs.  After an injury-riddled 2003-04, Langenbrunner had at least 60 Points three times for New Jersey, providing his share of offensive power to New Jersey. The Right Wing was traded back to Dallas during the 2010-11 Season.

With the Devils, Langenbrunner had 385 Points in 564 Games.