The Monkees have to be the most successful band in the 60’s who have not been enshrined in Cleveland. Granted, they were assembled together to create a television show and did not play on their first album, but after they fought for some semblance of creative control, they proved to be a very capable group. This was certainly proven by their live shows, later albums and fact that their fans included such legends as John Lennon and Jimi Hendrix. Their television show, although somewhat juvenile was the embryonic template of the music video; a medium that really hadn’t been exploited yet. As easy as it is to dismiss their origin (which certainly isn’t “Rock and Roll”) their place is music history is solid and their music is still perceived as fun today.

THE MONKEES AT SCHERMERHORN SYMPHONY CENTER IN NASHVILLE, TN

Buy your Tickets to see The Monkees at Schermerhorn Symphony Center in Nashville, TN HERE for as little as $691! 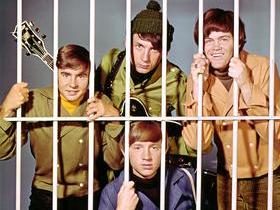 THE MONKEES AT IRON CITY IN BIRMINGHAM, AL

Buy your Tickets to see The Monkees at Iron City in Birmingham, AL HERE for as little as $122!

THE MONKEES AT IRON CITY IN BIRMINGHAM, AL

Buy your Tickets to see The Monkees at Iron City in Birmingham, AL HERE for as little as $! 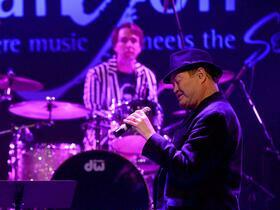 THE MONKEES AT SCHERMERHORN SYMPHONY CENTER IN NASHVILLE, TN

Buy your Tickets to see The Monkees at Schermerhorn Symphony Center in Nashville, TN HERE for as little as $!

Then I saw their live performance of Listen to the Band on 33 1/3 Revolutions per Monkees. This was at the end of their career. They should have been 1.2 million times better. It's plain awful. Google it. Horrible. It was like finding out there is no Santa Claus.

[censored]s://www.youtube.com/watch?v=5gzmxI6oisg
Quote
+6 #17 Chris Andrews 2017-07-01 06:57
They did all of the singing and eventually played the instruments. I think the fact that they fought to get control of their destiny should be taken into consideratio n. Also, as we all know Boyce and Hart wrote many of their songs, the Monkees also wrote songs as well and produced them. So why would they not be considered a band? They did just about everything if not more than some musicians do today. An argument could be made that they paved the way for music videos. During their TV show we always got a couple music video or what would be considered a music video by today's standards. The contribution s they have made in my opinion out weigh that of many artists who are already in. Not to mention they have charted more songs than many of the inductees currently in. Finally, In 1967, The Monkees not only outsold the Rolling Stones, they also outsold the Beatles! They should be inducted! Period!
Quote
+4 #16 Jazzmanneobop 2017-05-07 22:37
Definitely deserve induction. The string of hits they put out (while outselling the Beatles and Rolling Stones combined in 1967) are played today as much as anything the Beatles or Stones did during that period. Even though they didn't start off as a garage band that made good, their TV mainstreamed pop rock for many during their heyday. And they did play their instruments in concert and wrote many of the songs on their latter albums. The RHOF looks like complete morons for excluding them.
Quote
+6 #15 Rick Orta 2016-08-02 04:21
After watching "The Wrecking Crew", most of the groups that have been enshrine in the RRHF have no business being there. The secret is out and there is no reason that The Monkees should not be in the RRHF. At least the members of The Monkees made an effort to have some control of their career. With a catalog that would be the envy of any singer/music ian, The Monkees have a case that they are a most deserving group to be nominated into the hall.
Quote
+3 #14 Gene 2016-06-19 20:34
Of course, they should have their rightful place in the rock & Roll Hall of Fame. Just for the fact that there has been a debate for decades over their origin should be enough merit. But here is why they deserve to be in: Regardless of being corporately manufactured , they still had influence on 60s rock culture, also, an indirect yet, profound effect on shaping the music industry that was to come; MTV, for example. So where as the Rock & Roll Hall of Fame judges most of the entries based on the traditional methods success, in the case of the Monkees, they seem to have over looked the core spirit of Rock - Change, effect, and paving a unique path to success. With the slight exception of Davy Jones, and perhaps even less so, Micky Dolenz, they did find their way to landing the TV series, with ambitions of being rock musicians.
Quote
+6 #13 Steven Zhang 2016-05-24 02:43
I don't care about the stupid Rock and Roll Hall of Fame. I can still listen to the Monkees groovy music lol. I'm a Believer has to be one of the most iconic rock songs. I am still a believer in the Monkees!
Quote
-4 #12 Mike 2015-07-22 02:14
This is a joke, right? A big fat NO!
Quote
+9 #11 Glen J 2015-04-21 22:36
You people who say the Monkees were not a "real band", couldn't play or write etc, don't know what the hell you're talking about.
Quote
+13 #10 Lee Roschen 2015-04-03 15:05
The band coming together as a result of a newspaper advertisemen t, terrific and catchy songs, and their own television show made the band unique! They were one of the hottest bands in the late 60's. I say put the Monkees in the RRHF.
Quote
+28 #9 Lisa 2013-10-18 19:10
It is amazing to me that the Monkees have been overlooked AGAIN to be inducted into the RRHOF. I really hope that one day the powers that be who make these decisions realize that these are talented musicians who have given us decades of great music and deserve to be inducted. I only wish that Davy Jones was around to see it when it does happen.
Quote
12
Refresh comments list
RSS feed for comments to this post