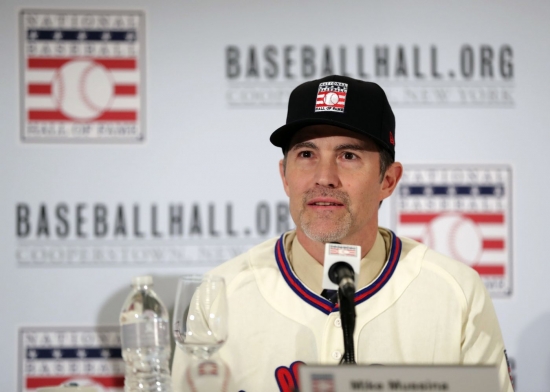 It looks like Roy Halladay’s plaque won’t be the only one created this year that won’t have a logo on it as the Baseball Hall of Fame has announced that after discussions with Mike Mussina that he too will go with a blank cap.

Regardless of what hat he has on his plaque we are happy that Mike Mussina is in!

More in this category: « Roy Halladay to enter the Baseball HOF with a blank cap The Houston Astros announce their franchise Hall of Fame plans »

0 #1 Darryl Tahirali 2019-01-28 17:40
This isn't unusual in that one-third of the plaques already in Cooperstown do not have a logo on the cap. Given the frequency with which players change teams, that team affiliation has really lost its meaning except for a player who spent all his time with one franchise.
Quote
Refresh comments list
RSS feed for comments to this post