Roy Halladay to enter the Baseball HOF with a blank cap 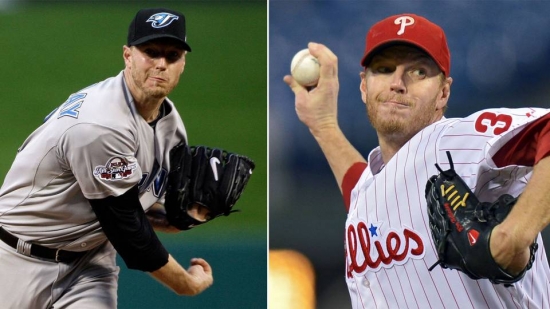 It was announced today that the ballcap on the plaque of Roy Halladay will not emblazon either that of the Toronto Blue Jays or Philadelphia Phillies.  Halladay’s widow Brandy had this to say about the decision:

"We decided. We talked about it.  There's no way to decide between the two teams, and I know we've spent the majority of our time in Toronto. Toronto gave us that chance, that base at the start, but Philly also gave us a chance to win and the passion that we wanted, and there's no way to choose and so we decided that he'll go in with no team."

This decision is not without precedence as Catfish Hunter and Greg Maddux also entered the Hall with a logo.

Other news from the press conference is Mike Mussina has not decided whether to go in as a New York Yankee or Baltimore Oriole.

More in this category: « A-Rod comments on Bonds and Clemens and the Baseball HOF Mike Mussina will not have a logo on his Hall of Fame plaque »