Mark Henry to the WWE Hall of Fame 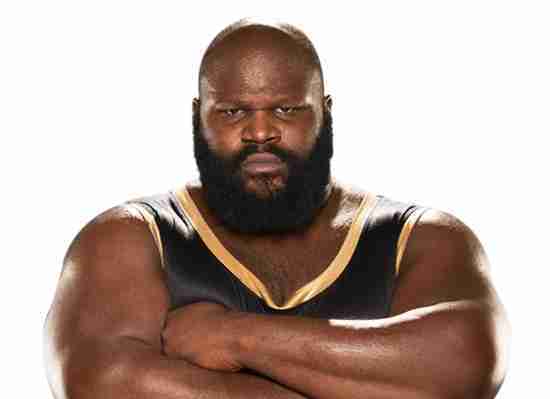 It was announced today that Mark Henry will be moving from the “Hall of Pain” to the WWE “Hall of Fame”.

Billed as the “Worlds Strongest Man”, Henry was a three time National Weightlifting Champion and two time Olympian. He signed with the then named WWF in 1996 and would make his debut at the September In Your House Pay Per View by defeating Jerry “The King” Lawler. Henry would be injured shortly after and would not return into the following year and would join the heel faction, the Nation of Domination. As a heel, he would gain some personality but following the dismantling of the Nation he would adopt the “Sexual Chocolate” gimmick of a sex starved wrestler and arguably was put in angles (remember Sammy the transvestite and Mae Young giving birth to a hand?) which had to make you think that they were trying to get him to quit.

Still, Mark Henry persevered and would have a brief reign as the WWE European Champion though he would be on and off television for the years that followed, as he would compete in strongman contests and honing his skills in Ohio Valley Wrestling.

Henry would return to the full time roster in 2002, but he was always involved in seemingly start-stop pushes mostly due to injury. In 2005, he was placed in a program with then World Heavyweight Champion Batista and would receive a title shot against then title holder Kurt Angle at the 2006 Royal Rumble. Later that year he would go on to lose to the Undertaker at Wrestlemania in a casket match.

Now firmly entrenched in the upper card Henry would continue to feud with big name performers and would win his first World Championship by defeating Kane for the rebooted ECW Championship. He would later defeat Randy Orton to win the Smackdown World Heavyweight Championship at the 2011 Night of Champions show, which he would hold for two months.

Perhaps what Mark Henry is remembered for most in recent memory was when he feigned retirement on Monday Night Raw in the spring of 2013 and attacked the then Champion, John Cena leading to a Pay Per View encounter. Henry didn’t win, but the angle was easily the most memorable of the year.

We here at Notinhalloffame.com are thrilled that Mark Henry will be going into the WWE Hall of Fame and we would like to congratulate him at this time.

More in this category: « Our Rock and Roll List has been updated: Radiohead now #1. The Canadian Football Hall of Fame announces the Class of 2018 »

I know that NotInHallOfF ame ranked Mark Henry #65 on the WWE Ranked Performers list which consisted of hundreds of different pro wrestlers that still weren't in the WWE Hall of Fame prior to 2018.

Shag Thomas was such a major and hugely successful black professional wrestling star during the 1950's and 1960's.

I'm predicting that Shag Thomas will be getting inducted into the WWE Hall of Fame this year as part of the Legacy Wing.