Frank Thomas softening his HOF stance towards the PED users 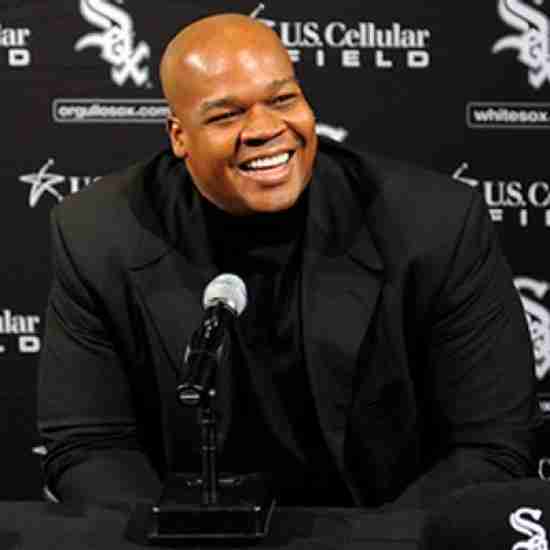 29 Jan
2017
Not in Hall of Fame
Frank Thomas has always been critical of PED users getting into the Baseball Hall of Fame.  At the recent “Sox Fest”, The Big Hurt has softened his stance on that…sort of.

Ivan Rodriguez, Jeff Bagwell and Tim Raines were selected for Cooperstown this year, and Thomas is not overly thrilled with two of them anyway:


“We have two great players going in (this year) and they know. It's no secret.  If they didn't do it they would be stomping and kicking on interviews, 'I didn't do it.'

If you didn't, you come to the forefront, 'Let's take a lie detector test," and these guys won't do it. Some of these guys were great players, but they wouldn't have been great players without drugs."


Thomas did not use Rodriguez and Bagwell by name, but it was clear that these were the two players he was speaking of.

Rodriguez, who enter the Hall on his first year of eligibility was named in Jose Canseco’s book, “Juiced” as someone who he personally injected with PEDs has been someone who many have speculated (though never proven) to be a PED user.  Bagwell has also been accused by some, but again, never proven.

While Frank Thomas is “not happy” that Bagwell and Rodriguez are inducted, he now has developed an “all or nothing” attitude in regards to higher profile PED suspected users:


“Now some guys are getting passes and some guys are not. It's wrong.  If you're going to punish Barry Bonds and Sammy Sosa and Roger Clemens, how can you let the rest of these guys get in?

Either you let all those guys in and put them in a special wing or you clean it up and keep everybody out."


Based on hard line stance that Frank Thomas has taken in the past towards PED users in the Baseball Hall, this is practically a 180, or at least an acknowledgement of the era itself.

This coincides with many writers relaxing their stance on the PED users, especially with Bud Selig selected as a Today’s Game inductee.  Those writers claim that the PED rise and subsequent ignoring of it for years happened under Bud Selig’s watch.

For what it is worth, Thomas doe support the induction of Pete Rose to the Hall and was excited with the selection of Tim Raines to Cooperstown.

Who will be the next Baseball Hall of Famer to come out in support, or against these former players?  We know it won’t take long to find out!
Tagged under
Tweet

More in this category: « Three Inductors set for the RRHOF Sarah McLachlin to the Canadian Music HOF »