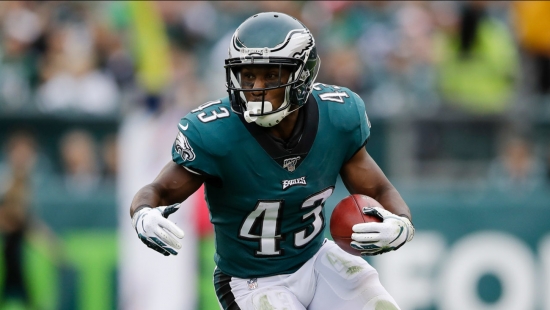 The NFL season is not yet over, but we have a significant retirement that was announced today.  Darren Sproles of the Philadelphia Eagles, who is out for the rest of the season with a hip injury, announced that he will officially call it a career.

A fourth round pick from Kansas State in 2005, Sproles was mostly used as a Kick Returner as a rookie.  He missed all of 2006 due to an ankle injury, and returned as the team’s primary returner, a role he held until 2010.  The Chargers would gradually use him more in their offense, and he would see a 59 reception year in 2010, his last in Southern California.

Next up for Sproles was the New Orleans Saints, where he was again the primary returner, but would also see career highs in Rushing Yards (603), and Receiving Yards (710), and he would lead the NFL in All-Purpose Yards.  He would have at least 600 Receiving Yards the next two seasons.

Sproles would join the Philadelphia Eagles in 2014, and while he saw less of a role in the offense, he would be named to the Pro Bowl the next three seasons as a Punt Returner.  He would finish first in Punt Return Yards in 2014 and 2015.  Sproles was a member of the Eagles Super Bowl LII win, the first in franchise history.

Sproles retires with 3,553 Rushing Yards, 4,840 Receiving Yards, 32 Touchdowns, and 19,696 All-Purpose Yards.  That last stat places him fifth all-time in NFL history. He is a member of the 50thAnniversary All-Time team, and he holds the New Orleans Saints record for the most All-Purpose Yards in a season (2,696 in 2011).

We here at Notinhalloffame.com would like to thank Sproles for the many memories on the gridiron.  We wish him the best in his post-playing career.