Darren Sproles feels he is a Hall of Famer 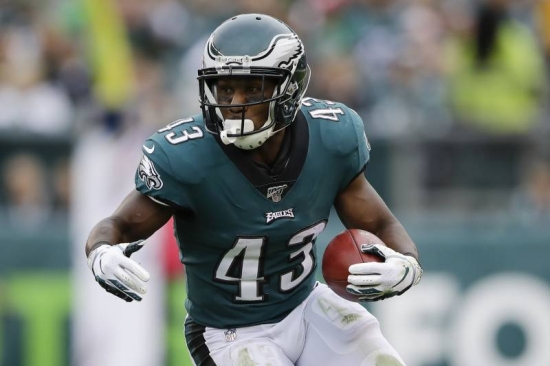 In a recent TMZ Post, Darren Sproles, who retired last season said that he feels he is a Hall of Famer.

This is not a shot on Sproles, who played 14 seasons with stops in San Diego, New Orleans, and Philadelphia.  Despite what Deion Sanders said a few weeks ago, the threshold for enshrinement is very high.  A three-time Pro Bowl Selection, Sproles was a multi-faceted offensive dynamo. On the ground, he rushed for 3,552 Yards and 23 Touchdowns.  In the air, he caught 553 Receptions for 4,840 Yards and 32 Touchdowns. That gives him a very good total of 8,392 Yards from Scrimmage and 55 Touchdowns, but that tally doesn’t take into account his Special Teams play.

Despite the high amount of Yards from Scrimmage he had, the Hall will likely view him primarily as a returner, and if that is the case, Special Teams players have a real hard time getting inducted.

He is eligible for the Pro Football Hall of Fame in 2025, and will definitely be on our future Notinhalloffame.com list, but the Hall will likely elude the former Super Bowl champion.

We wouldn’t mind one bit if we are wrong!

More in this category: « The Bella Twins to the WWE Hall of Fame Bret Hart to induct Davey Boy Smith to the WWE HOF »