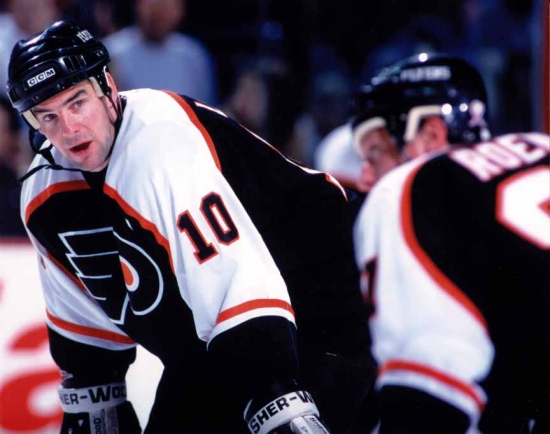 John LeClair had already won a Stanley Cup with the Montreal Canadiens before he arrived to Broad Street but when he was traded early in the 1994-95 season, the Habs probably had no idea what they really gave up, as LeClair would emerge as one of the elite power forwards of his time.

LeClair, who was arguably the best player by far to come from the state of Vermont, finished that first partial season as a First Team All Star and he would then proceed to be named to next five All Star Teams.  LeClair also would have another First Team nod and three Second Team All Star Selections and was the top Left Wing in the NHL.

As a Philadelphia Flyer, the American had three straight 50 Goal seasons with a pair of 40 Goal campaigns with 333 in total.  He was also a sixth place and seventh place finisher for the Hart Trophy.