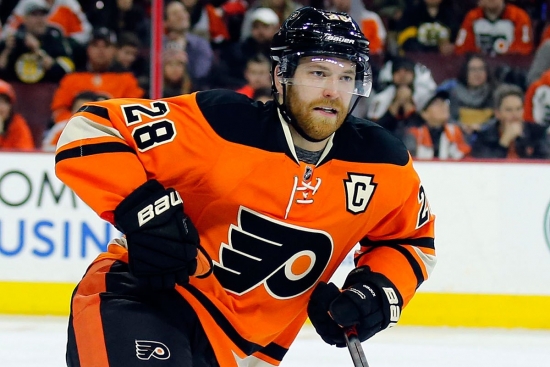 As of this writing, Claude Giroux is the highest ranked active Philadelphia Flyer and seems to be getting better with each passing season.

The current Team Captain would break out in the 2010-11 season with a 76 Point year that saw him receive a sprinkling of Lady Byng and Frank J. Selke Trophy voting and the year after he scored 93 Points with a third place finish in Points and fourth in Hart Trophy voting.

Giroux would establish himself as a Point per Game player and one of the more complete players in Professional Hockey.  He finished third in for Hart balloting in the 2013-14 season but arguably the 2017-18 (where he was fourth in Hart Trophy voting) was more dynamic as he would lead the NHL in Assists, net his first 100 Point season and was a Second Team All Star.

Closing in on 900 career Points, Giroux is making a case for not only an elite rank on this list, but for the Hockey Hall of Fame.