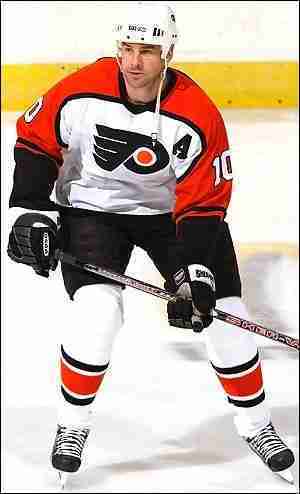 Some have said that John LeClair got off to a slow start in the NHL. There is certainly a level of truth to that as his stint with the Habs showed his defensive skill but not any real offensive proficiency. Upon becoming a Philadelphia Flyer, LeClair really began to use his size and mobility. He was placed on a line with Eric Lindros and Michael Renberg and the line dubbed the “Legion of Doom” became a highlight reel staple with their goals and bruising nature. LeClair became the first American to net 50 goals three seasons in a row. The question for the Hall is did John LeClair’s Broad Street tenure do enough to secure a spot.