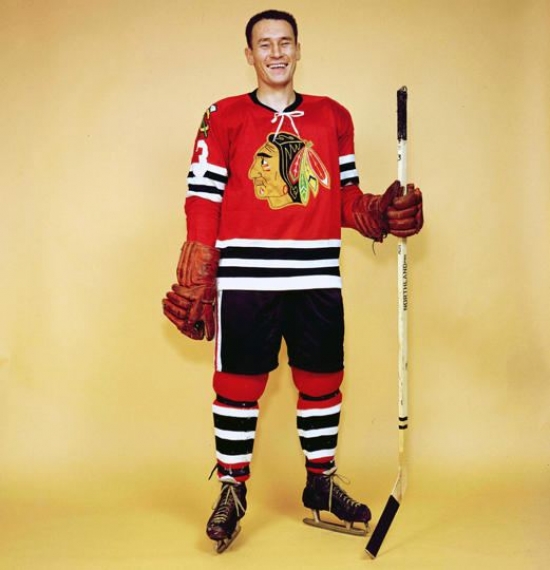 What bothers us quite a bit is how Pierre Pilote has become a forgotten legend among the even some of the Chicago Blackhawks faithful.  Now granted he played with Stan Mikita, Bobby Hull and Glenn Hall but this is a player who for many was regarded as the first blueliner to adapt to a two way game, which makes him not only a top Chicago Blackhawk but one of the most influential players in the game of hockey.

While Pilote had not yet completely come into his own by the time the 1960’s rolled around, his combined physical nature and playmaking ability made him a superstar and during the 1961 Stanley Cup Playoffs, it would be Pilote who would be the leading post-season scorer.  By the way, that resulted into a Stanley Cup Win!

The Defenceman would prove himself as one of the best players in his position.  Three times (1963, 1964 & 1965) would see Pilote win the Norris Trophy and he was also a Five Time First Team All Star and would score another three Selections on the Second Team.  Basically, we are talking about a dominant player at the blueline!

Pierre Pilote would be elected to the Hockey Hall of Fame in 1975.