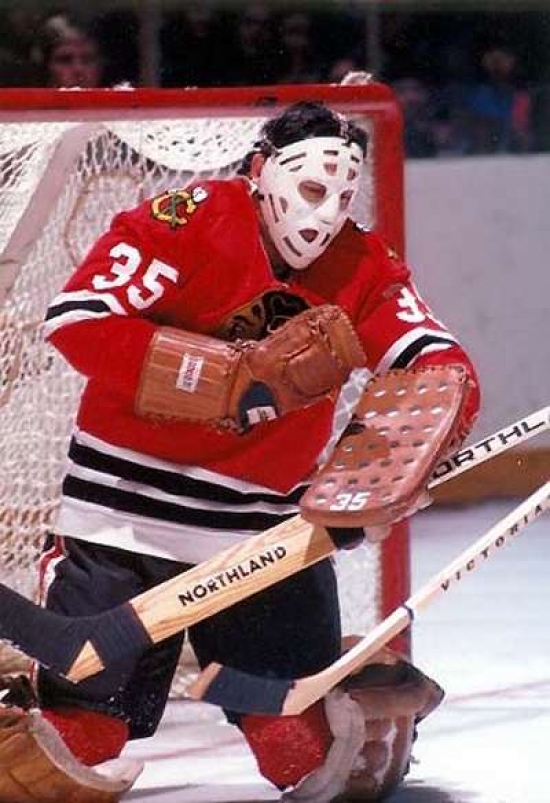 When you are the brother of the Phil Esposito it is easy to stay in a shadow.  While it didn’t hurt that Tony was a Goalie, there was no doubt that the younger Esposito carved his own career and when it was all said and done he wasn’t Phil’s younger brother.

First off, it is worth noting that in regards to Point Shares, Tony Esposito is the franchise leader, which for any Original Six franchise is a major accolade.  Esposito arrived in Chicago when he was left unprotected in the 1969 Intra-League Draft and he received the opportunity in Chi-Town that he would not have received in Montreal where he would become anointed the Blackhawks’ starting Goalie.

Esposito was a workhorse for Chicago leading the NHL in Minutes Played six times while being the runner-up another four.  He did not just play a lot of games but he excelled in them.  Esposito was a five time Saves leader, a one time GAA leader, a two time Save Percentage leader and he would also lead the National Hockey League in Wins twice and as of this writing is ninth all-time.

While Tony Esposito did not win a Stanley Cup, he did not have the horses in front of him like Glenn Hall did.  This is still a backstop that would win the Vezina Trophy three times and was one of the top three Goalies of the 1970’s.  The pioneer of the butterfly style would enter the Hockey Hall of Fame in 1988 and his #35 was retired by the team that year.