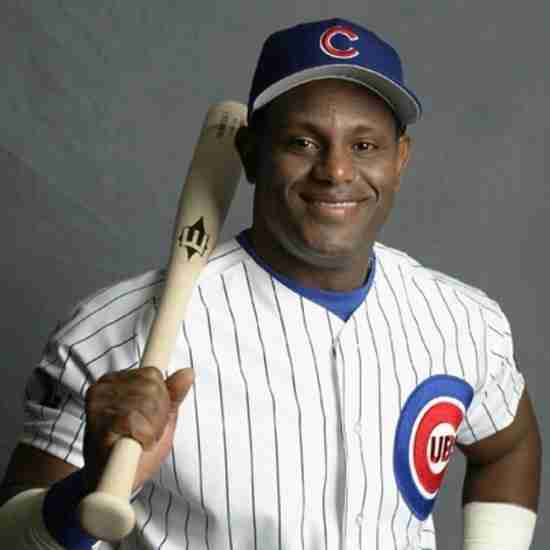 Chairman: “You just keep me hangin’ on”

Forgive my Supremes reference, but that is how I feel with Sammy Sosa who is barely hanging on to the ballot as he is entering his fourth year on the ballot with a 6.6 percentage of the vote.

Forgetting the traditional statistics, Sosa has an issue.  He is well below the average Hall of Famer at Right Field in regards to his bWAR and JAWS, where he is at 58.4 and 51.1 in comparison to the average of 73.3 and 58.1.  Now, that may seem bad, but that can be overcome by other intangibles, which sadly Sosa doesn’t have.

For me, when I think of Sammy Sosa, three things come up:

The first is when Sosa appeared in front of congress and completely forgot the English language.

The second, which actually predates the first, is when Sosa was adamant to Rick Reilly that he never took PEDs and when he confronted him on that, he went to the union defense.  It wasn’t long after that stories of Sosa being a media fraud came out, and we know what happened after don’t we?

The third is how did he become so damn white?

Spheniscus, did I paint a Hall of Famer to you?

Spheniscus: It’s funny that the first thing I think of when it comes to Sosa isn’t PEDs at all. It is the corked bat incident. There were lots of people during his era who used PEDs. It was part of the culture, it wasn’t regulated (in fact it was likely encouraged), and as much as it was cheating, it appears in retrospect that almost no one thought of it that way at the time. Maybe because the “see something, say something” slogan hadn’t caught on yet. Also moralizing on twitter about that time you didn’t do your job for years wasn’t a thing yet, was it Ken Rosenthal?

But that corked bat, which if I remember from reading the newspaper at the time [NOTE: for our younger readers, newspapers were folded sheets of paper that had all the info that happened yesterday delivered to your doorstep today. Also it had comic strips, which were… never mind]… Anyway, there was an analysis as to whether corking a bat actually helped you. Turns out it doesn’t. The loss of mass within the sweet spot of the bat actually counteracts the advantage you get in making the bat lighter. But despite the fact that corking a bat doesn’t actually help, unlike say using PEDs, there is no question that it was over the line for players. That was outright cheating.

If it wasn’t, there would have been no reason for Jason Grimsley to Mission: Impossible his way through the air vent to the Umpires room to steal Albert Belle’s bat back after they confiscated it in 1994. Remember that crazy story? Man, the 90s were so much simpler.

But the image of Sosa swinging the bat, breaking it, and getting ejected is indelible in my brain. It makes him seem like so much more of a cheater than the other PED users at the time. And that, along with his convenient ungrasp of the English language is going to keep him out of the Hall. For good. Even more than the PEDs. It turns out that corking your bat really doesn’t help you. At all.

Chairman:  So we have established that statistically he isn’t there and ethically (whether that matters or not) he isn’t either.  Still, when you talk about some guys who cheated for whatever reason, often you find teammates rush to their defense and tell you what kind of good guy he is.

When Sosa famously left the Cubs final game before the first pitch of the 2004 season, the organization had no problem throwing him under the bus.  Teammates found him selfish, he knew how to turn it on for the camera, he controlled the locker room with his music, because he was the star, not part of a team.

When McGwire broke the single season home run record it was Sammy who came in to help share the spotlight by rushing in from Rightfield.  Former teammates spoke to writer, Chris DeLuca about that incident, upset that Sosa was celebrating with a rival on the field and none of them thought it was a spontaneous show of affection…just Sammy being unable to resist a chance to be a star.

Oh and that music he used to blare selfishly in the clubhouse?  After the game, his teammates destroyed his boom box with a bat.   Beloved teammate right?

Spheniscus: So, with all of that in mind does he stay on the ballot? I think he has a legitimate shot of dropping off this year. Do you?

Chairman:  I do think that.  Actually, I will predict he “Palmeiro’s” off of it this year.  He wouldn’t get my vote either.