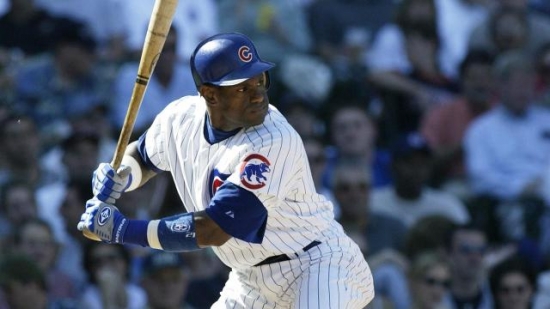 The Cubs fleeced their cross-town rival White Sox when they acquired Sammy Sosa for George Bell as Sosa would become one of the best offensive players of his day while Bell was on his way out of the game.

Like so many, Sosa's power numbers skyrocketed in 1998, and along with Mark McGwire, he chased Roger Maris' single season Home Run record of 61.  He beat it with 66 (though McGwire beat him), but Sammy was now one of the game's biggest stars as he would win the National League MVP and lead the NL in Runs Scored (134) and Runs Batted In (158).  Sosa blasted 63, 50, 64, and 49 Home Runs over the next four seasons, and the two lower ones on that list were the ones that led the NL that particular year.  He would also add another RBI title to the mix, and from 1998 to 2002, he was invited to the All-Star Game.

He would fall from grace in Chicago and was unceremoniously traded to the Baltimore Orioles in 2005. Still, over his time in Chicago, he would tally an impressive total of 1,985 Hits, 545 Home Runs, 1,667 Runs Batted In, and a Slugging Percentage of .569.

While the perception of Sammy Sosa changed dramatically after he left the Cubs, make no mistake that when Sosa was a Cub that at his peak, he owned Chi-Town and was one of the most famous figures in the game.   That should not be forgotten.