The Final Four are set for the Super Bowl 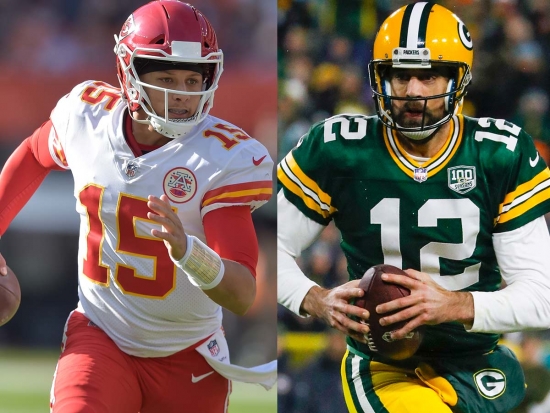 And then there were four.

The NFL Divisional Playoffs are over and oddsmakers are re-evaluating the chances of the teams that remain.  The hottest team going into the playoffs, the Baltimore Ravens were upset by the Tennessee Titans, and new favorites have emerged.

The San Francisco 49ers soundly defeated the Minnesota Vikings 27-10, where their rushing game and defense was strong.  The number one seed in the NFC have been the most balanced team through the season, and they are chasing their fourth Super Bowl.  As good as they have been in 2019, this is a team that went 4-12 in 2018and are full of players who have never been this far in the playoffs before.  49ers Quarterback, Jimmy Garoppolo, is only two wins away from leading his team to a Super Bowl win, which would fulfill the promise that has been pegged for him three years ago.

The Niners will host the Green Bay Packers, who defeated the Seattle Seahawks 28-24 in Lambeau.  Packers QB, Aaron Rodgers has a Super Bowl ring already, but despite the high profile and #2 seed of this team, they have not been considered a favorite to win it all. Rodgers and company bring more post-season experience than San Francisco does, and despite 13 regular season wins, they have to feel a little disrespected.  Defeating Seattle is that signature win that they needed, and they have a lot more to prove.

With the elimination of Baltimore, the Kansas City Chiefs are now the top remaining seed in the AFC.  The Chiefs made history with their comeback against the Houston Texans, and they have the 2018 MVP, Patrick Mahomes who is ready to ascend to the top of the Quarterback food chain.  Mahomes, along with Tyreke Hill and Travis Kelce are the triumvirate of the most explosive offense in the NFL, but their defense is suspect, meaning that every game is a shootout.  This is not always a recipe for a title, but it is for excitement.  If you want your heartbeat to race, this is the team you want to see in the Super Bowl!

Nobody (including us) had the Tennessee Titans making the AFC Championship Game.  The #6 seed first went to New England, and beat the defending Super Bowl Champions, and then went to Baltimore and knocked off the top seed Ravens.  Tennessee wasn’t lucky, they were better than both of those teams, and as they have nothing to lose, the Titans are the most dangerous team of the four. Their Quarterback, Ryan Tannehill, may not be a big name, but he is the hottest QB of the last two months, and with a blistering secondary, the Titans are the pick of the moment.

Regardless of who advances this weekend, we will be watching, and we are ready to place our bets.