Seven Teams look like they could win the Super Bowl 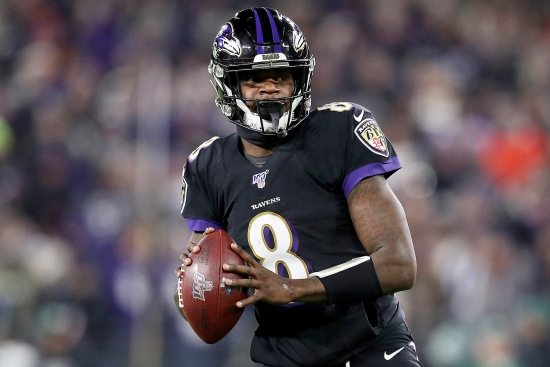 With two weeks to go in the NFL regular season the playoff picture is starting to take shape.  While 12 teams make the NFL post-season, the sportsbooks and online casino pa are looking fairly steady in their picks and it is safe to say that only seven of them appear to be considered top contenders to hoist the Lombardi Trophy in early February.

The team of the moment is the Baltimore Ravens.  Led by their Quarterback, and likely MVP, Lamar Jackson, the Ravens currently hold the NFL’s best record and are on a ten-game win streak. Baltimore had the most Pro Bowl selections with 12, and Jackson has already set the single-season rushing record by a QB.  While they have no glaring weakness, this is not a team with a top option in their receiving core, and their playoff performance last year left little to be desired.  Still, this is the team that most pundits feel should win the AFC Championship. But it won’t be easy.

The New England Patriots are closing in on their eleventh straight AFC East Title, and they are defending Super Bowl Champions, and have won three in the last five years.  While their Quarterback, Tom Brady, has shown the signs of age this season, this is the most successful football player ever, who is still paired with Head Coach, Bill Belichick.  There is no tandem in football that has more playoff savvy, and if any team can overcome a deficiency, it is New England.

Last year’s MVP, Quarterback, Patrick Mahomes will lead his Kansas City Chiefs back to the playoffs.  While everyone is in agreement that the Chiefs offense with Mahomes, Tight End, Travis Kelce, and Wide Receiver, Tyreke Hill are the most exciting, their defense has been mediocre, and they have to outshoot every opponent.  It makes for exciting football, but it is a recipe that rarely translates into a Super Bowl win.

The Buffalo Bills have also qualified for the playoffs, but as good as their defense is, their offense is not explosive enough to make it to the big game. Other AFC contenders include Pittsburgh, Tennessee and Houston, but all three have been inconsistent through the season, and will be lucky to win a game in the playoffs, let alone advance to Super Bowl LIV.

The NFC seems far more wide open.  Weeks ago, it appeared that the San Francisco 49ers had the inside track to represent the NFC.  They still might, but as of this writing, they are no longer leading their division, as the Seattle Seahawks hold that spot, but while the Niners have faltered of late, they are a balanced team with a lot to prove.

As for Seattle, while they aren’t “sleepless”, but many have been “sleeping” on them due to the focus on San Francisco.  Quarterback, Russell Wilson has already taken Seattle to two Super Bowls, winning one of them, and their week 17 game against the 49ers could decide the who gets the top seed.  No doubt that Seahawk’s head coach, Pete Carroll, still has a chip on his shoulder from losing on the last play of the game on Super Bowl XLIX.

Another contender is the New Orleans Saints, who still feel robbed from the non-pass interference call that cost them a Super Bowl appearance last year. No team has more motivation to win it all than the Saints, and they would love to do it in the year where their Quarterback, Drew Brees overtook Peyton Manning as the all-time leader in Touchdown Passes.  Brees already has a Super Bowl Ring, but his biggest weapon, Wide Receiver, Michael Thomas does not.  He is a possible contender for the MVP, and if he does not win it, the chance to hold the Lombardi Trophy will be all the consolation he needs.

The NFC Central is still up for grabs, but most eyes are on the Green Bay Packers to take the division.  Green Bay’s QB, Aaron Rodgers, was just chosen for his eighth Pro Bowl, and while he has not received the attention he used to due to the emergence of Jackson, Mahomes and DeShaun Watson of the Houston Texans, he is without question the elite pivot in the division.  That division could still go the Minnesota Vikings, but despite them likely to return to the post-season, their Quarterback, Kirk Cousins is not considered to be at the level required in this era to win it all.

As for the NFC East, nobody (including us) thinks that the winner of the division, be it the Dallas Cowboys or Philadelphia Eagles will represent the conference.

The road to this year’s Super Bowl is far from clear, but as always it is fun. We will be watching and placing our bets.  We just won’t say on who!