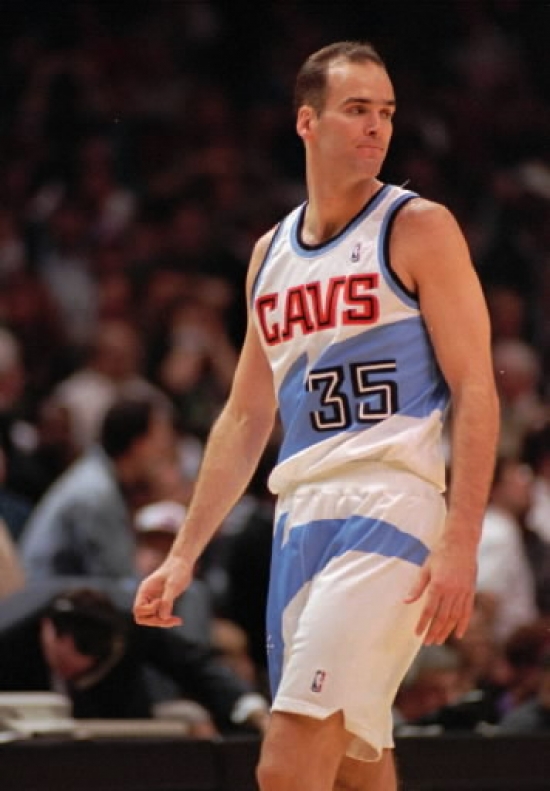 After having a great career at Duke where he was the Naismith Player of the Year in 1989 he was drafted by the Los Angeles Clippers second overall which was a mess of a franchise and Ferry elected to play pro in Italy rather play for L.A.'s red-headed stepchild.  The Clippers traded him to Cleveland, and while Danny Ferry was far from the star he was at Duke he was an excellent role player with a high basketball I.Q. and was a locker room leader.

Cleveland kept him for ten seasons and at one time his 723 Games as a Cavalier was franchise leading.  Ferry averaged at least 10 Points per Game twice, and he had 7.8 per Game overall for the team.  Cleveland would make the Playoffs six times while Ferry played on Lake Erie.