Had this been a list of who should be in the Rock and Roll Hall of Fame with the ability to amalgamate the combined categories of performing, songwriting and producing it would have to be believed that Todd Rundgren would easily be in the top ten of this list. As it stands, the Hall does not combine those categories and chooses to induct each category separately. Needless, to say we are ranking the same way.

As successful as Todd Rundgren is, he could have easily chosen a path that delivered him more fame. After a successful career with Nazz, Rundgren engaged in a solo career that delivered Pop brilliance in the early 70’s. After that, Rundgren pushed his own boundary foraying into music less commercial material and later became known as one of the best producers in the game. The musical talent of Todd Rundgren is unquestioned; the question is whether the Hall feels his solo work is sufficient enough to warrant induction.


Should Todd Rundgren be in the Hall of Fame?

TODD RUNDGREN AT THE FILLMORE IN SAN FRANCISCO, CA

Buy your Tickets to see Todd Rundgren at The Fillmore in San Francisco, CA HERE for as little as $109! 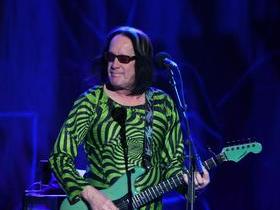 Buy your Tickets to see Todd Rundgren (21+) at MGM Northfield Park - Center Stage in Northfield, OH HERE for as little as $! 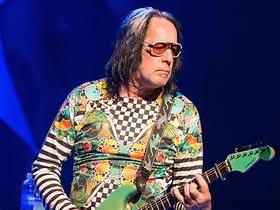 Buy your Tickets to see Todd Rundgren at Knight Theater in Charlotte, NC HERE for as little as $!

TODD RUNDGREN AT THE FILLMORE IN SAN FRANCISCO, CA

Buy your Tickets to see Todd Rundgren at The Fillmore in San Francisco, CA HERE for as little as $!

123
+1 #21 RM in L.A. 2019-03-31 03:53
this is the most egregious omission. To think that Bon Jovi and Def Leppard and the Red Hot Chili Peppers have been recognized before Rundgren pretty much tells you all you need to know about the Rock Hall.
Quote
+1 #20 joseph sullivan 2018-08-06 19:56
does not really need much further elaboration, but the talent and versatility speaks for itself ...and btw - listen to " Faithfull " and you can here Todd recreate all of those HOF'ers BY HIMSELF as a lark ...and finally, I must agree---KISS ? ....SERIOUSL Y ?
Quote
+2 #19 Tom Gebarowski 2018-07-27 22:53
I was just in Cleveland two weeks ago
at RHOF and enjoyed it overall. I too am
baffled by some of "the fringe" artists who
go in like two women this year. Get back to
rock...
I knew Rundgren was a prolific prodcucer but
forgot many he worked with listed above. Plus
yes he had hits of his own & great writing. Is he
viewed as "an attitude problem?" I saw him on
Darryl Hall's show playing I Saw The Light and the guys
were as breezy as can be. Besides, producer Phil Spector is in. Give Rundgren that Lifetime Achievement
Award already!
Quote
+3 #18 Syl 2016-10-20 08:48
TODD RUNDGREN is a GENIUS !
He should already be in the R&R Hall of Fame.
Quote
+5 #17 iralarry 2015-10-31 15:28
I didn't read all the comments but am pleased as Runt Oudding Toad has made such an impression on you all as he had in me and a few of my college buddies. I didn't see he producing and album credit for 1973's Hall and Oats album War Babies where he both produced and played on much of it with Utopia. This is one of my favorite H&O albums.
Quote
+10 #16 CJ Heini 2014-12-07 05:30
Fuck the idea that Hip Hop belongs in this conversation ! You're a bunch of fucking tools!
Quote
+12 #15 muddy 2014-06-01 02:47
why do you have to "amalgamate" ANYTHING for todd, when he can write EVERYONE on this list under the table, with his hands tied behind his back. the e street band? really? what do THEY do? and KISS? kiss couldn't write their way out of a paper bag if you held a missile to their heads. shouldn't there be a bar you HAVE to match before consideratio n? like childrens' cartoon characters? like the banana splits, nu zoo revue, the wiggles, ahem, KISS? & while we're at it, at LEAST half this list don't qualify! WHY would you give a culinary/epi curean award to ronald mcdonald?
Quote
+15 #14 LeroyBoy 2013-08-24 20:07
He should have been in the MINUTE he was eligible. To me, this is where the Hall of Fame loses all credibility. Producer extraordinai re, singer, songwriter, (easily the best songwriter in the last 50 years...)gui tar god, first ever interactive CD in 1994 No World Order, ALL instruments, and on and on. Something/An ything ALONE would qualify someone! Easily the best double album of the early 70's. Todd is____. You know..
Quote
+14 #13 Oscar Kraal 2013-08-13 23:23
Runt, The Ballad of Todd Rundgren, Someting/Anything
A Wizard/A True Star, Initiation, Hermit of Mink Hollow, Healing,
The Ever Popular Artist Effect, A Capella, Nearly Human, 2nd Wind,
To just name a few of his solo albums. All in my top 20 favorite albums of all time. These alone should get him in. Please wake up!!!
Quote
+17 #12 Edward c.stockton 2013-08-02 03:42
Yes of course he should. The guy is a genius.
Quote
123
Refresh comments list
RSS feed for comments to this post