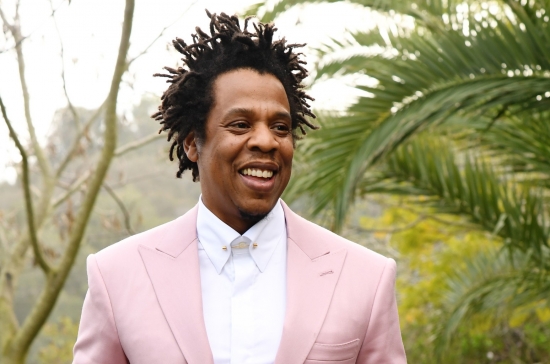 As much as we openly criticize the lack of transparency of the Rock and Roll Hall of Fame, the day that announce their newest members is like Christmas morning to us.  We openly said that this year’s list of nominees is one of the best in the last twenty years, and it was poised to be a great class no matter who was selected.

Having said that, it is a large class, with six performers, three early influences, three Musical Excellence inductees and one Ahmet Excellent Award recipient.

While we appreciate the wide breadth of inductees, the crowbarring of certain inductees is obvious.

The six members inducted through the traditional method were:

Carole King:  King is already in as a writer (with Gerry Goffin), but her singing career is worthy in its own right.  This was her second nomination, with her first coming all the way back in 1989.

Foo Fighters:  Dave Grohl is now a two-time inductee (with Nirvana), and in both cases, entered on the first year of eligibility.

The Go-Gos:  The all-girl band finally were nominated this year, and they enter on their first try.

Jay-Z:  One half of the biggest power couples in music, enters on his first year of eligibility.   Jay-Z is one of the most successful artists regardless of genre, and his expansion into other fields is a blueprint for other musicians to follow.

Tina Turner:  Turner was already in with her ex-husband, Ike, but Her ascension in the 80’s as rock’s top solo female act while in her 40s, bordered on miraculous.  She also won the Fan Vote.

Todd Rundgren:  Rundgren is a rare dual-threat, as he is equally lauded as a producer as he is as performer.  Had he not gotten in, we thought that he might receive the Musical Excellence Award, but as we will see later, they went a different route.

The Early Influence Award Inductees are:

Kraftewerk:  The German synth pioneers had been nominated six times before, but not this year.  This is long overdue.

Charley Patton:  Patton was the father of the Delta Blues, and is the definition of “Early Influence”.

Gil Scott-Heron:  The master of the spoken word, and forefather of rap enters in a politically charged year.  We love this induction.  Scott-Heron had never been nominated.

The Musical Excellence Award Inductees are:

LL Cool J:  The hip hop star was nominated for the fifth time this year, but the inevitable comparison to Jay-Z did him no favors on this ballot.  Clearly, the Hall wanted him in, but this is a strange way to do it.

Billy Preston:  Preston is a great choice as his combined solo and sideman work.  We suspect he has been a name tossed around for years.

Randy Rhoads:  Rhoads was a legendary axeman who was huge in the development of Heavy Metal.

The Ahmet Ertegun Award winner is:

Clarence Avant: Known as the “Black Godfather” managed and produced many African-American artists, and would later form his own record label and radio stations.

Chaka Khan:  The Rock and Roll Hall of Fame committee really wants the Chicago diva in, as she has been nominated both as a solo, and with Rufus multiple times.  We can guarantee, they will nominate her again next year.

Devo:  This was Devo’s second nomination, but until Kraftwerk gets in, it might be a tough road for induction.

Dionne Warwick:  With all due respect, Warwick has the least rock credibility, but she has the most hits.

Fela Kuti:  The nomination of Kuti was a surprise to many, but the pioneering African is arguably the most influential nominee if we look at music globally.

Iron Maiden:  Heavy Metal remains underrepresented in Cleveland, and had the British legends got the nod, they were unlikely to attend anyway.

Kate Bush:  Bush was a darling of the alternative crowd in the 80s, and her catalogue is unique, but with so many other strong women on the ballot, “running up that hill” proved too hard for her.  This was her second nomination.

Mary J. Blige:  Blige was a bit of a surprise as a nominee, but once you get nominated, you are entrenched on their radar…unless you are Mary Wells.

New York Dolls:  The Dolls were a huge part of proto-punk and were wildly influential.  This was their first nomination since 2001.

Rage Against the Machine:  RATM was the 90s alternative selection this year, and in this politically charged year, this was arguably their best shot of the three times they have been nominated.  They will likely be nominated again next year.

With this announcement, we will begin work on revising our Notinhalloffame.com list of those to consider for the Rock Hall.  Look for that next month.

We would like to congratulate the newest members of the Rock and Roll Hall of Fame.

More in this category: « RIP: Lloyd Price Our All-Time Top 50 Carolina Panthers have been revised to reflect the 2020 Season »

0 #1 Darryl Tahirali 2021-05-13 18:14
It's a little head-scratch ing how Kraftwerk and Gil Scott-Heron get in as "early influences" when both performed in the Rock Era, but that's the Rock Hall for you.

And as long as the Rock Hall persists in using the same nominating, voting, and inducting process as the pro sports halls of fame--in other words, adopting a "small hall" approach based on a limited set of candidates that have already been culled into an elite group--artis ts such as Dionne Warwick, Devo, Iron Maiden, and Rage Against the Machine will simply wait in line like many, many others.

Disgruntled fans can bitch all they want about "snubs" and "conspiracie s," but it's more a question of short-sighte dness and gross inefficiency that "distinguish es" the Rock Hall.
Quote
Refresh comments list
RSS feed for comments to this post