The Rock and Roll Hall of Fame Announces the 2021 Finalists 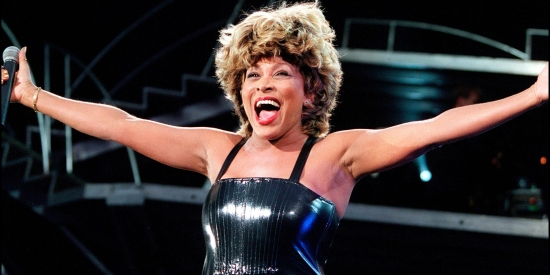 When you follow halls of fame as diligent as we do, it is a festive season when you have the Baseball Hall of Fame and Football Hall of Fame announce their classes a week about.  Throw in the fact that the Rock and Roll Hall is now announcing their Finalists, we have an unprecedented time on our hands.

Due to COVID-19, the nomination process for the Class of 2021 was delayed by several months, but until two days ago there was no set date as to when it we learn who would be on the ballot.

Carole King:  Ranked #87 on Notinhalloffame.com.  King entered the Rock Hall a long time ago as a songwriter with her partner, Gerry Goffin, but her solo work as a performer is also Hall worthy.  This is the first time she has been nominated since 1989.

Chaka Khan:  Ranked #168 on Notinhalloffame.com.  The Hall wants Chaka Khan in, as they have nominated her in the past as a solo, and later with the group, Rufus.  Again, as a solo, this is her sixth overall nomination.

Devo:  Ranked #80 on Notinhalloffame.com.  Devo returns to the ballot after a year, and their work in Post-Punk/New Wave is among the most influential of its day.

Dionne Warwick:  Ranked #362 on Notinhalloffame.com. Warwick has a trophy case full of Grammys and a laundry list of hits, but with an Adult Contemporary sound, her rock and roll credibility is suspect.  That hasn’t stopped Hall voters before.

Fela Kuti:  Ranked #397 on Notinhalloffame.com.  Every year there is a wild card, and this is year it is Fela Kuti, the most important singer from Africa.  If the Rock Hall voters value world music, he is the best choice they could make.

Foo Fighters:  Ranked #3 on Notinhalloffame.com.  Foo Fighters are in their first year of eligibility and it should be no surprise to anyone that they were nominated, nor should anyone be shocked to see them gain immediate entry.  An induction will make Dave Grohl a two-time inductee, having already been enshrined with Nirvana.

The Go-Go’s:  Ranked #111 on Notinhalloffame.com.  The Go-Go’s were he first all-female band to go #1 on Billboard, and this is their first nomination since being eligible in 2006.

Iron Maiden:  Ranked #13 on Notinhalloffame.com.  This is a pleasant surprise as the Heavy Metal gods have never been nominated despite being eligible since the 2004 vote.  Heavy Metal has struggled to find representation in the Rock Hall, and in the past few years, Judas Priest and Motorhead have been on the ballot, but failed to gain entry.  It might be a hard call to see Iron Maiden achieving what the others did not.

Jay-Z:  Ranked #2 on Notinhalloffame.com.  Jay-Z is one of the most important, if not THE most important hip-hop artist in the last thirty years.  If you don’t agree with that assessment, you can’t deny that he is among the most successful.  Like Foo Fighters, Jay-Z is on their first year of eligibility and he should get in.

Kate Bush:  Ranked #132 on Notinhalloffame.com.  Bush’s unique singing voice was only matched by her unique material. She was nominated before in 2018.

LL Cool J:  Ranked #100 on Notinhalloffame.com.  LL Cool J is nominated for the fifth time, but he again he is not the biggest named Hip Hop artist on the ballot.  The nomination of Jay-Z hurts LL Cool J more than anyone else, but there is no reason that two Hip Hop stars can’t get inducted in the same year.

Mary J. Blige:  Ranked #252 on Notinhalloffame.com.  Blige earns her first nomination on her third year of eligibility. Her diverse catalogue earns her a spot, but with other more established African-American women on this ballot, this will be a tough one for her to get elected on.

The New York Dolls:  Ranked #89 on Notinhalloffame.com.  The New York Dolls are this year’s proto-punk/punk nominee and the David Johansen led group were nominated once before, back in 2001.

Rage Against the Machine:  Ranked #40 on Notinhalloffame.com.  RATM is on their third ballot, and finding a group that fused rap and hard rock/metal better than them is a daunting task.

Tina Turner:  Ranked #113 on Notinhalloffame.com.  Tina Turner was long ago inducted as one half of Ike & Tina, but Tina’s solo career far eclipsed the duo in popularity.  This is the first time that Tina has been nominated as a solo, and should she get in, she joins Stevie Nicks as female double-inductee.

Todd Rundgren:  Ranked #12 on Notinhalloffame.com.  Rundgren’s overall body of work as a performer, songwriter and producer puts many Rock and Roll Hall of Famers to shame.  Eligible since 1996, Rundgren had to wait until 2018 for his first nomination, and he was also on the ballot last year.

We know there will be copious amounts of rage regarding who was not nominated.  There always is.  We do feel that the Rock and Roll Hall of Fame nominating committee did a good job nominating musicians across a musical landscape, and have for the last seven years.

This ballot also has the greatest number of women in nominating history.

What happens next is up to the Rock and Roll Hall of Fame voters.

Congratulations to all the Finalists, and let the debate again.