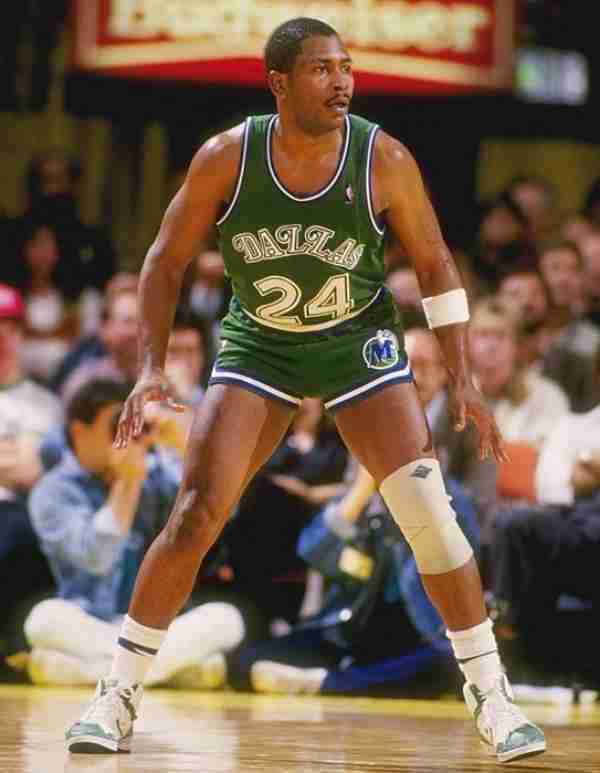 
Should Mark Aguirre be in the Hall of Fame?

He was also a beast in college and as the basketball HOF not NBA HOF, he deserves to be in!!! #1 overall pick!
Quote
+2 #19 Adam 2015-11-27 18:20
Again, Dane is a doufus. Blackmon was very good, sure, but Aguirre was more valued for a reason. He was an offensive beast, just as some guys are defensive beasts.
Quote
+1 #18 JD Mo 2015-09-16 22:31
I'd say sure, but as much as I like Aguirre the NBA HOF has snubbed a lot of guys who were better -- Marques Johnson, Sidney Moncrief, Maurice Lucas, Larry Nance, KJ -- and were more of a winning influence. To say that Dallas became a contender "throughout the next several years" like it does in the text of this page is real misleading. The Mavs contended once in 1988. They were eliminated in the first round best of 5 series in 1985 and in 1987, lost to the Lakers in the semifinals in 1984 and 1986, 4-1 both times. That's not contending. Those Milwaukee teams actually contended for most of the 1980s and are so snubbed it's ridiculous. Those guys first, then Mark!
Quote
+3 #17 Albert Hockenberry 2015-09-13 20:10
Of course he should be in. He was a scoring machine in Dallas and then he sacrificed his offense in Detroit to win championship s. In Detroit, he was so unselfish that he volunteered to come off the bench (so that Rodman could start). Plus, he was instant offense when he came off the bench. With Aguirre, the Pistons won beat the Showtime Lakers in the finals, Michael Jordan's Bulls multiple times in the playoffs, as well as a finals win over a Trailblazer team that had Clyde Drexler, Terry Porter, Buck Williams, Jerome Kersey, and a young Cliff Robinson. It's only a matter of time before Aguirre is inducted into the Hall of Fame.
Quote
+2 #16 DSC 2015-06-16 03:17
Take his HS Player of the year, two Unanimous College 1st team all-stars, College player of the year, two titles, wining %, points, rebounds, and passing strengths, and all he's done after retiring. Yes. Again, Sampson, Richmond, Mullin, Dantley are in
Quote
+3 #15 Markus 2015-02-14 18:24
Dane, I guess you forgot what happened to Dallas after they traded away Aguirre. Blackman was good but not a difference maker like Aguirre was. Blackman didn't feel the game well and needed screens so often. Simply not creative/sma rt enough to lead. I recall a playoff game where Aguirre got hurt and the commentator said Dallas was done. The announcer asked if they'd miss his scoring and the guy said no, he was the man who put his teammates in place on O and D, without him they'd be out of position at both ends. He was so right. Aguirre was out the rest of the quarter and in under ten minutes the Mavs were outscored 17-2 by LA, with Blackman, Tarpley, and other starters on the whole time. Aguirre not on the list again this year but Jo Jo white and Tim Hardaway are??? If they get consideratio n Aguirre should be a lock.
Quote
+3 #14 Maceo Johnson 2015-02-11 09:31
If Chris Mullin and Mitch Richmond in so should he be and he has two rings as well as a great scorer
Quote
-4 #13 Dane 2015-01-23 22:41
I'd say no. He was good, but never dominant. He was an absolute liability on defense, in fact as good as he was on offense, he was every bit as worse on D. Back in the day I remember average players like Louis Orr and Dennis Hopson having career games when Aguirre was guarding them.

If you're going to take a Dallas Maverick, take Rolondo Blackman. Blackman was a terrific 2nd option, but when Aguirre was hurt Blackman was a great 1st option. Blackman also was a terrific defensive player who made his teammates better. Blackman had more to do with the Mavs success then Aguirre.
Quote
+3 #12 Mike Bibby 2014-10-28 20:56
Aguirre was a better player than Benard King. The Basketball HOF doesn't do a good job of considering high school, college, and the pros accomplishme nts of some players. If they used that criteria Aguirre is at least second ballot pick not greater than third ballot!
Quote
+4 #11 Markus 2014-07-08 02:20
Gee, the guy was the second greatest player in DePaul history, 2nd best Maverick ever, 2nd best in 1981 draft (behind Thomas), but best in HS, best in College. Yes, College Hall of Fame for sure, Pro Hall of Fame yes, if Dantley, Sampson, and Richmond are 'worthy'.
Quote
12
Refresh comments list
RSS feed for comments to this post