Major Update: Our Notinhalloffame Football List has been revised 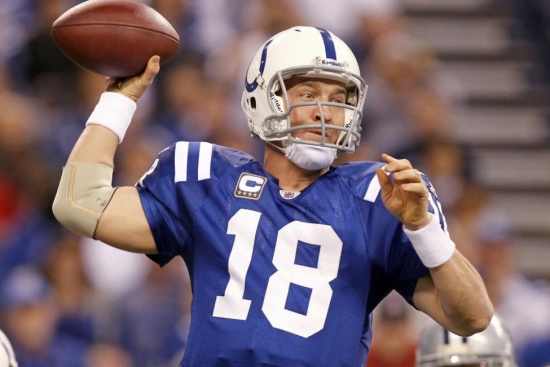 It seems that the more lists we create, the more we have to continue to update them.

That sounded pretty obvious didn’t it?  Of course, we have to, and we love it!

Today, we have the unveiling of our 2021 version of the Notinhalloffame.com football list.  Only a few months ago, we expanded our list to 300, and this is the number that we are going to keep it firm at.

Last season, the National Football League celebrated its 100thAnniversary, and to coincide with the landmark, the Pro Football Hall of Fame added 15 new members, 10 of which were former players.  In addition to the five who were chosen by the regular committee, this means that we had to remove 15 names in total, the most we have ever done.

We have added new names are now eligible for the Pro Football Hall of Fame, and a few who we might have overlooked in the past.  Those who we had on our Futures Section, we have taken your votes and comments into account and inputted them into our revised list.  We have also looked at your existing votes, and we are proud to present the new list of those to consider for the Pro Football Hall of Fame.

The complete list can be found here, but here is our new Top Ten:

#1. Peyton Manning.  Everyone else is fighting the remaining spots, as there has not been a lock this solid since Brett Favre’s first year of eligibility. Manning won a Super Bowl with Indianapolis and Denver, and he is a five-time MVP.  The Quarterback is also a fourteen-time Pro Bowl, seven-time First Team All-Pro and has a resume of 71,940 Passing Yards with 539 Touchdown Passes. Who else could be number one?

#2. Charles Woodson.  Woodson makes his debut at the second spot on our list, and like Manning, the Defensive Back looks like he is entering on his first year on the ballot. Splitting his career between Green Bay and the Oakland Raiders, Woodson won the Defensive Rookie of the Year (1998), and would later win the Defensive Player of the Year in 2009.  The two-time Interception leader owns a Super Bowl Ring as a member of the Green Bay Packers (XLV).

3. L.C. Greenwood.  Greenwood drops from #2 to #3.  The former Defensive End is a four-time Super Bowl Champion with Pittsburgh and was a member of the 1970s All-Decade Team.

4. Alan Faneca.  Faneca fell from #3, and the former Offensive Lineman and Super Bowl Champion with the Steelers has been a Finalist the last five years.

5. Randy Gradishar.  A star in the Broncos’ Orange Crush Defense, Randy Gradishar fell from #4 to #5.  Gradishar was a Finalist in the recent Centennial Slate Class of nominees, and while he did not get in, he could see himself as a Senior Class Finalist.

6. Chuck Howley:  Howley was number #1 last year but dropped to #6 this year.  Howley is the MVP of Super Bowl V (even though his Dallas Cowboys lost), and he is a five-time First Team All-Pro.

7. Roger Craig.  The versatile Running Back dropped one rank from #6 to #7.  The long-time San Francisco 49er was a nominee this year for the 100thAnniversary Centennial Slate Class.

8. Reggie Wayne.  Wayne was a first time Finalist last year, and the former Indianapolis Colt will likely get inducted in the next few years.

9. Torry Holt.  Holt moved up from #11 and he is coming off his first appearance as a Finalist.  The induction of his teammate and fellow Wide Receiver, Isaac Bruce, bodes well for Holt in the near future.

10. Ken Anderson.  The former Bengals Quarterback returns to the top ten after being ranked #12 last year. To the dismay of Southern Ohio, Anderson was not even a Finalist in the 100thCentennial Slate Class.

There are two other significant debuts to mention.

Jared Allen makes his first appearance at #19.  The former Defensive End was a five-time First Team All-Pro, and was one of the most popular defensive players of his day.  He could become a Finalist in his first year, but entry as a first-ballot inductee will likely elude him.  Calvin Johnson enters at #27.  While the former Wide Receiver had Hall of Fame talent, he retired in his prime, and the brevity of his career will likely delay his entry.

The other first time entries are:

109. Kevin Williams.  Williams was a star with the Minnesota Vikings and the Defensive Tackle has six Pro Bowls and five First Team All-Pros on his resume.

126. Logan Mankins.  Mankins was with the New England Patriots for most of his career, and the Offensive Lineman would go to seven Pro Bowls.

161. Wes Welker.  Welker was exceptionally popular when he played with the Patriots, and he would go to six Pro Bowls and secure two selections to the First Team All-Pro roster.

180. Jerry Smith.  We did not include him in our first expansion to 300, and we heard it from you.  At the time of his retirement, he had more Receiving Yards than any other Tight End.

193. William Heffelfinger.  Heffelfinger was another former player we did not initially include.  He is considered to be the first man to ever be paid as a pro football player.

221. Michael Vick.  The dual-threat Quarterback remains one of the greatest rushing QB in the game’s history. He is a former Bert Bell Award winner.

225. Stephen Jackson.  Jackson is the Rams’ all-time leading rusher and is a three-time Pro Bowl Selection.  He would lead the NFL in Yards from Scrimmage in 2006.

228. Charles Follis.  Like Heffelfinger, Follis predates the NFL, and is the first African-American to be a paid professional in the game the football. We should have had him when we expanded to 300 last year.

291. Roddy White.  White spent his entire career with the Atlanta Falcons and would be a four-time Pro Bowler.

As always, you know what we want you to do!

Take a look at the new entries, cast your vote, and offer your opinions.  This helps us in future rankings!

We will keep making new lists and revise our existing ones, and we thank you for your support.

More in this category: « JBL to the WWE Hall of Fame RIP: Henri Richard »