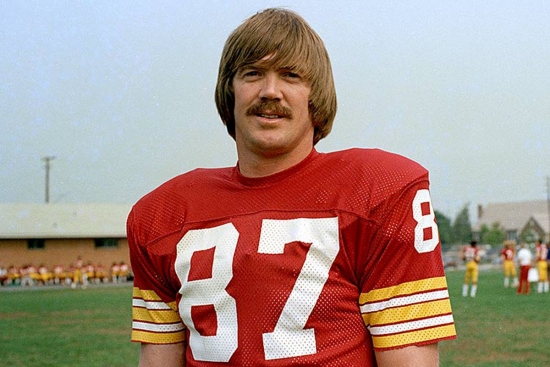 Playing his entire career with the Washington Redskins, Jerry Smith was one of the new breed of Tight Ends who was redefining the position.  Smith was a more than adequate blocker, but he was catching passes at the same rate of Wide Receivers, a trait that was not common in the 1960s and 1970s.  Smith would help the Redskins reach their first Super Bowl and he finished in the top ten in Receptions four times, and Receiving Touchdowns five times.  He would be a Pro Bowl twice and in 1969, he was named a First Team All-Pro.

We would be remised if we did not mention that Smith passed away in 1986 due to complications from AIDS.  He was a closeted player, though some of his teammates were aware of his sexual orientation.  Considering that there has yet to be a player in the NFL as of 2019 who played while openly gay, it can only be imagined the internal struggle that he had.

Should Jerry Smith be in the Hall of Fame?