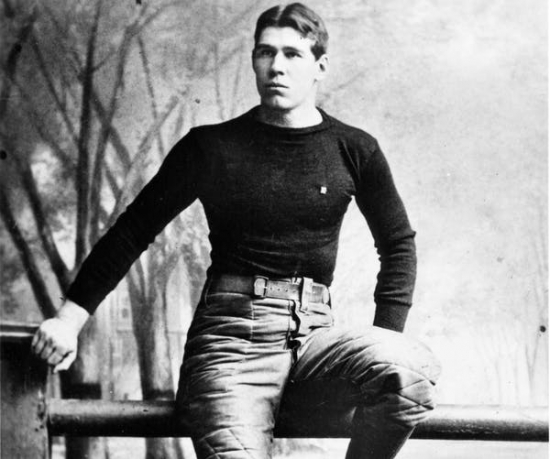 This is very tricky, or maybe it isn’t.  It just depends what type of football historian you are.

A three-time All-American at Yale (1889-91), William Heffelfinger’s college squad only ever lost two games.  Heffelfinger was considered the star of that team, but in the 1890s, and for many decades after that, you went on with your life and stopped playing football.  That was not the case for Heffelfinger.

After Yale, Heffelfinger played in the Chicago Athletic Association.  Players there would get expenses covered (double expenses, specifically), and in a game in the Allegheny Athletic Association between Pittsburgh and the 3As, he was offered a significant amount of cash to play for Pittsburgh.  He did, making him the first “professional” football player ever.

Obviously, he was a really good player, but with what limited information we know about his post-Yale career, we wonder if the Hall will just consider him a footnote.

Regardless, he is a College Football Hall of Fame inductee, and if professionally, he is just a footnote, it is one hell of a great one!

Should William Heffelfinger be in the Hall of Fame?