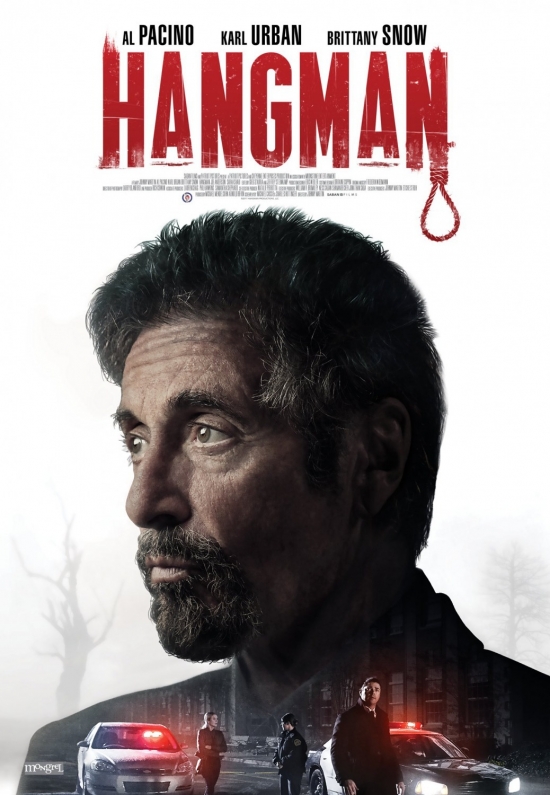 As we did last week, this week was also another Bargain Bin solution, and boy did this one belong in the Bargain Bin. I think I bought this at the same time as last weeks “The Circle”. If I recall correctly, it was 2 for 10 bucks. But this movie, like last weeks was deceiving.  While last week, we had Tom Hanks on the cover, this week Al Pacino. Also another iconic actor! What could be wrong with this movie! You have an actor who has portrayed some of the most memorable roles in screen history, for example: Micheal Corleone – Godfather, Serpico – Serpico, Tony Montana – Scarface, Frank Keller – Sea of Love and Lt Col Slade – Scent of a Woman. All of these films were fantastic! I don’t think they should ever be redone, remade or reimaged. He was the role, made the characters believable, and he delivered them with style that was utterly his own. Now, as with all actors, he did have some weaker roles, i.e. John Milton – Devils Advocate and Johnny – Frankie and Johnny, but even with a weaker role, the film was still watchable and I was entertained. But man oh man, this movie “Hangman” was in a completely different category.

Before I go down that path on what was wrong with this film, let us look at some of the other actors present here. First you have Karl Urban, I have come to really like him in movies. He has come along way since he first started; playing some smaller roles in Hercules and Xena, (My brother aka the “Chairman of this website” probably remembers him from Xena as I remember him watching that show religiously as a young kid”) to supporting roles in Lord of the Rings, Bourne Supremacy, Chronicles of Riddick, RED and of course my favourite as “Bones” in the Star Trek movies.

Pacino and Urban are joined by Snow, Anderson and Shahi. The latter, I first saw in a series called “Life” as an alcoholic cop who with an unconventional partner, and she was awesome. On a side note, if you really want to be entertained, check out “Life” (TV series 2007-2009), especially the first season where she is partnered up with Damian Lewis. The first season is amazing and I highly recommend it if you can find it! Later, I would see her in the odd role and most recently in “Person of Interest”. Snow on the other hand, is relatively new to me, I have seen her in passing as I surf the channels, and I usually kept on clicking looking for something better. Anderson, I have only seen in supporting roles and I hate to say it, I had to look him up in the IMDB to find out what he had been in before (Crazies, and Hannibal) as he looked familiar, but I could not put a finger on it.

So, you now have a film with a Hollywood legend (Pacino), a strong supporting actor (Urban) and several lesser supporting actors (Shahi, Snow). It’s a cop movie, both Pacino and Urban are good at these, right! Shahi, is no stranger to police roles. Ergo, this film should be great right !?....Nay Nay my friends, Nay Nay, this film was horrible!

First, lets discuss the premise. There is a serial killer on the loose, who is modelling his murders after the game of Hangman. Det Ruiney (Urban) gets his old partner Ray Archer (Pacino) out of retirement to help solve the crime. To give further “drama” we add Christi Davies (Snow) “A Pulitzer prize nominated journalist” as a ride along, to help solve the case. Shahi, is the reluctant Captain who follows her superior’s direction to allow Davies (Snow) to join the investigation. Ok, a little far out there, but still not an unreasonable premise.

Be warned, that the following paragraphs will give out plot lines and spoilers. Really no great loss, as I am sure you will probably not want to watch it anyways!

While the premise is not unreasonable, the subsequent acting, story lines and drama is way out there. Let’s start with Archer (Pacino) he reached into his tickle trunk for an accent. It is supposed to be from Louisiana. My god, I have never heard something as bad as that one. It was a mix of Louisiana drawl, with NYC flavours. Plus, to make matters worse, the accent would appear/disappear at least 3 times within a sentence. It would have been better not having one at all! Having an accent from Louisiana, was not integral to the story, so why include it? Was Pacino bored? I don’t know. At least in this film, Archer (Pacino) plays his age, he is on the high side of 70, so he leaves all chases to Ruiney (Urban) and intercepts the perp with his car as the weapon. Ok, I will buy that, but then he opens up and talks and his accent goes all over the map, and it literally made me laugh out loud. On the plus side, I did love the car that he drove in the film, I think it was a ’71 Buick Riviera…man that was a cool looking car. But I have now digressed, the cool car did not make up for his lack lustre performance.

Det Ruiney (Urban), was Archer’s (Pacino) ex partner. This case is causing him nothing but grief, but it took a clue of their old Badge numbers for him to approach Archer and bring him back into the force to help solve the case. Now, from what I remember of the film (and I am not going to put my blu ray player through the pain of watching it again to confirm), their badge numbers were only 3 digits…hmm, I always thought that the numbers went way higher, but I did do a bit of research and found out that numbers can be reissued by police departments and are not necessarily retired or increased with new hires. So in that light, a badge number could be used frequently, so this is the first clue on why they are involved in the case. Naturally, as they are both pinged for the case and the clues, such as they are lead to Ruiney and his old partner, Ruiney (Urban) subsequently gets his old partner out of retirement. Now the highlight…the car again, this is where Ruiney (Urban) finds his old partner Archer (Pacino)  from his great car where he appears to be on permanent stake out of a donut shop while doing crossword puzzles. They have a very pained conversation with stilted dialogues and ungodly horrible accents. While we are talking about accents, I give more credit to Urban for masking his New Zealand/Kiwi accent then I gave Pacino for his so-called Louisiana accent….but Urban’s dialogue in this film was stilted and wooden throughout, like the delivery.  Subsequently, Archer (Pacino) comes back and they are off to the races in search of the criminal.

Back at the station, Capt Watson (Shahi) gives Ruiney (Urban) and Archer (Pacino) the old “Don’t screw up” or I will let Archer go back to being retired, oh and by the way, you have to take the annoying reporter along with you cause the chief said so speech. Very corny, and poorly delivered.

So now they are paired up again, and have their trusty or should I say really frigging annoying side-kick reporter in tow. What was actually funny in that all the crimes, she had the better “detective” skills than the other two combined. Maybe that is why she was self proclaimed as “Pulitzer Prize nominated journalist”. Or maybe it was just to give her a role in the film. Naturally during the ride along, Davies (Snow) gives a revealing speech on how she is just trying to give back because some police officers saved her before etc. That whole diatribe was just horrible….again, another piece of fluff that was not really required.

Throughout the film, we find out more about Ruiney’s (Urban) past, how his wife was murdered a year ago and he is just trying to deal with it (understandably) and find her killer. Maybe this is why he is so stoic throughout the film….hmmm, a possible explanation…no, the film, script and direction was just horrible. As mentioned previously, it is the reporter, Davies (Snow) who actually puts all the pieces together that Ruiney’s (Urban) wife was killed by the Hangman. But the great Sherlock minds of Ruiney and Archer were not able to put the same thing together after more than a year….oh my, the drama of it all.

To end the long boring story of the film, they catch the killer, solve the crime, revenge the fallen wife and the reporter gets an article….or do they as the film is cornily left it open for a sequel. Like really, they want to make another one of these duds? Unless it is strictly a payday for Pacino and Urban. When I looked up this film on IMDB, it did not even show any money being made, so it was straight to video (or streaming services now), just shows you the faith in the film. On another note, I even watched some of the extra’s on the disc and Pacino’s interview was painful to watch. He tried to sound enthused, but it was clear that he wasn’t…..it was just painful! Actually, I enjoyed the interview more than the film itself as I was laughing watching him trying to articulate what was good about the film etc, without actually saying it!

Pacino: Scarface, Godfather, Scent of a Woman, Sea of Love, Heat, Righteous Kill, 88 minutes (or practically anything else he made);