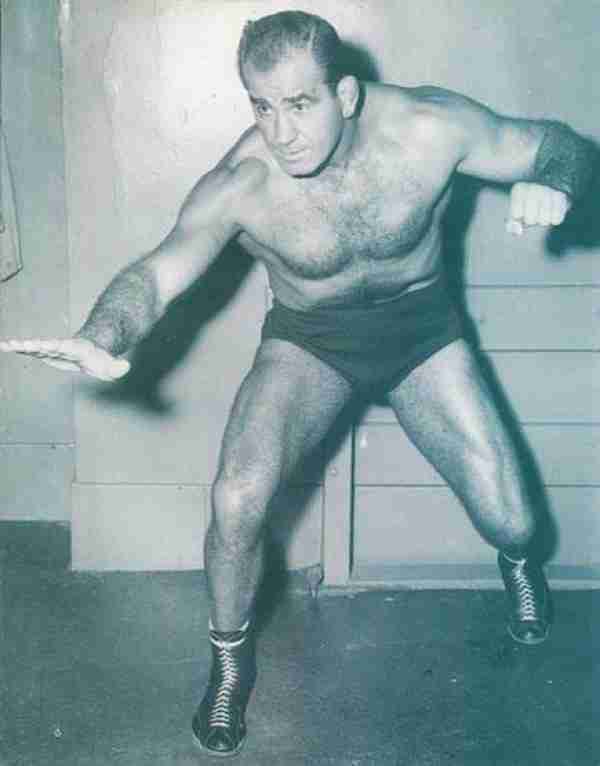 Despite the major respect we have for Lou Thesz, we were not initially planning to put him in our list. The bulk of Thesz’ career took place before the dawn of the WWE and even then he barely had any dealings with the North Eastern promotion. Still, the induction of Gorgeous George has opened up the idea of looking at an older era of Professional Wrestling and if you are looking at the most flamboyant wrestler of the first era of televised wrestling, you have to look at the best of its time.

Lou Thesz won his first of six recognized NWA World Heavyweight Championships in 1937 and was a nationally recognized star in wrestling ever after. As one of the great stars of the 40’s, Thesz star shone brighter and in 1949 he made it his mission to unify the major championships to create one recognized World Heavyweight Champion. As the top wrestling figure of the 1950’s, Thesz was on television more than Milton Berle and Lucille Ball and was among the most recognized men in America. Thesz was what was known as a “hooker”; basically a man who could not be messed with in the ring and could handle himself legitimately should an upstart “decide” it was his time to become the champion.

Thesz would hold the NWA World Championship Belt longer than anyone else in history. He is the symbol of the no nonsense by gone era when even thinking about calling it Sports Entertainment would be considered a blasphemy. That reason alone could be why Thesz may never be considered for the accolade. If Thesz were still alive would he even accept?


Should Lou Thesz be in the Hall of Fame?

Should Lou Thesz be in the Hall of Fame?

More in this category: « Madusa Sting »

0 #1 Dale 2014-01-19 21:38
They just might put Lou Thesz in because of being a legend or being apart of pro wrestling back when Bruno Sammartino had to fight. Lou Thesz should also go in because of all of his promotion work.
Quote
Refresh comments list
RSS feed for comments to this post