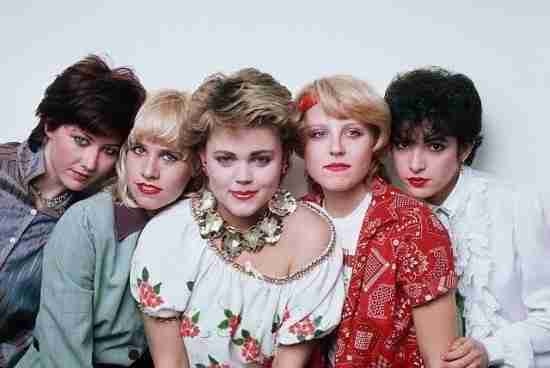 Originally a Punk band, the California quintet shifted their focus to the burgeoning New Wave sound. The move proved to be fruitful as they quickly caught on with listeners who embraced their fun party music which was among the more popular of the first half of the 80’s. They broke up in 1985, and after a few reunions they never did come close to matching their earlier success. Regardless, by showing the world that an all woman outfit could be successful and breaking down the gender barrier in music they are far more influential than one would realize.

Should The Go-Go's be in the Hall of Fame?

Should The Go-Go's be in the Hall of Fame?

Even L7 and the Runaways were far better and more important among all-women bands than the Go-Gos.
Quote
+2 #1 Musicologist999 -0001-11-30 00:00
The Go-Go's were cute, and yes, they showed once more that women can play in bands too, but their music was way too fluffy. Nothing great, nothing influential, just some catchy pop tunes and that's it. I do not forsee The Go-Go's ever getting into the Hall Of Fame. Sorry, ladies.
Quote
Refresh comments list
RSS feed for comments to this post