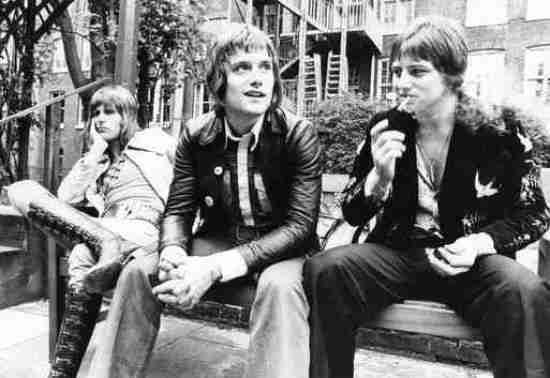 Do we even bother to raise the Progressive Rock question in the Rock and Roll Hall of Fame anymore? As this list continues we find yet another band of the aforementioned genre who may be wondering what they have to be considered Hall eligible. Certainly, the fans of Emerson, Lake & Palmer are wondering the same thing.

Dubbed the first “supergroup” of Progressive Rock, the three members of Emerson, Lake & Palmer came from existing groups (Keith Emerson from The Nice, Greg Lake from King Crimson and Carl Palmer from Atomic Rooster) and combined to push the boundaries of Progressive Rock. They drew from classical as well as Jazz influences and specifically their pioneering use of the synthesizer was certainly considered unique and different. They were also known for their over the top live shows in which they tried to match their musical textures in both sound and look. Ironically, this led to the reaction of the more stripped down Punk genre to take off but for what Emerson, Lake & Palmer were they were among its best. Like others on this list, their chances rely on the committee’s perception of the genre they represent.

Should Emerson, Lake and Palmer be in the Hall of Fame?

Should Emerson, Lake and Palmer be in the Hall of Fame?

This is a complete joke now :( ELP is not in the Rock and Roll Hall of Fame, but some of the inductees that are, well, it's just sad! Now that Keith and Greg are gone - I hope the committee feels like crap - Could they not honor them while they were still living legends.

Hey Hall of Fame: It's not all just about the Beatles, Elvis, and Bob Dylan. There are OTHER forms of music as well. Open your minds, as well as your ears.
Quote
+14 #12 Cerwin Vega 2014-10-18 17:41
One of the few 3-piece bands that actually sounded in concert like they did on their albums. I guess the only real reward this group can actually claim is that they played for the California Jam. Only 8 rock groups got to play that gig and they ended the concert with the "Amazing Flying Piano". The real fans know who should really be in the Hall of Fame, and like everything in this world, let's take a vote!
Quote
+13 #11 Lazarov 2014-10-17 22:52
ELP- they were touched by GOD's HAND.
Quote
+10 #10 Lazarov 2014-10-17 22:49
They were touched by God's hand.
Quote
12
Refresh comments list
RSS feed for comments to this post