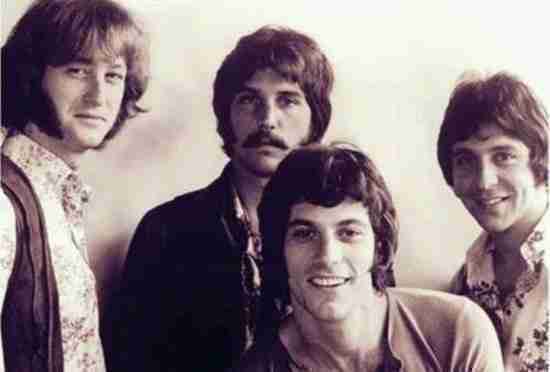 Let us pose an ethical question shall we? Is it wrong for us to want to see the Grass Roots inducted into the Hall of Fame, just so we can see an acceptance speech from their former bass player, Creed Bratton (of the Office)? Maybe it isn’t the worst reason to want to see a band inducted, though we are sure that there are many fans of the Grass Roots who would prefer to induct them based on their love of their melodic Pop offerings in the 60’s and 70’s.

After a bizarre start (Their origin was a couple of minor hits created by a pair of producers until an existing band was hired to take over), the Grass Roots were constant listening on AM radio. Their Folksy blend of AM Pop proved to be a successful formula as they had a large series of hits from 1967 to 1973. Despite their success, and the subtly textured music they had, they received a bubblegum image that seemed a little harsh and one that they have yet to completely shake. This could be the primary reason that the Grass Roots have not yet been considered for the Hall.

0 #7 jeff sheridan 2018-07-07 17:28
Grass roots should be in hall of fame.No,they didn't write their own songs,and yes,the wrecking crew played most of the instruments on the tracks.But that was the producers and record companies decision.Rob Grille and the guys did all the vocals,howev er, and had a style that a teenage boy wanted to be.Start your own group and be one of those cool california bands and look as cool as Rob Grille.The Grass Roots were the members of the band, that sold the music, and the studio musicians that helped form the sound.The Grass Roots encompass all that made the group such a success.So,t he Grass Roots should,witho ut a doubt,be in the rock n roll hall of fame.
Quote
+4 #6 Dale Spence 2015-10-27 08:20
one of the best groups of ALL TIME ! So many great songs how come they are not already in? Can't believe it - what an injustice! They deserve to be recognized for their awesome music !
Quote
+8 #5 Lee Roschen 2015-04-12 23:51
Maybe the Grass Roots never had a #1 hit, but from the mid 60's to the early 70's, they released one hit single after another, and many are still heard on Oldies Stations today! Their music is timeless. Unfortunate that member Rob Grill didn't live long enough to see the group inducted! I say put the Grass Roots in the RRHF!
Quote
+4 #4 Paul David 2014-09-22 19:09
Rob Grill (RIP) was the bass player and lead vocalist. I don't think they will get in because professional songwriters wrote their hits and studio cats like the Wrecking Crew played on the albums. But it was some fantastic pop and Rob's voice was special and unique. Love that band.
Quote
+9 #3 Shane 2013-09-27 14:50
I think the Grass Roots should definitely be in the Rock and Roll Hall of Fame. They were a very popular group when I was growing up and had a number of big hits. I guess we go through these arguments every once in a while and groups like this should be revisited every year. I'm sure it's very political but you have groups like The Dave Clark 5 and Abba who have already made it and both of those groups certainly had their space on the radio. We won't always be happy with who they put in because we all have different tastes in music. I say let em in!
Quote
+6 #2 Brian 2013-03-30 03:28
I thought Creed played guitar, not bass!
Quote
+7 #1 jimmy26 -0001-11-30 00:00
one of the best live acts ever. Yeah i said that and it's true. The Grass Roots are a great rock and roll group who should be in the hall of fame. every one of their contemporari es who is even close to amtching their success is in. Let them in. Live for today.
Quote
Refresh comments list
RSS feed for comments to this post