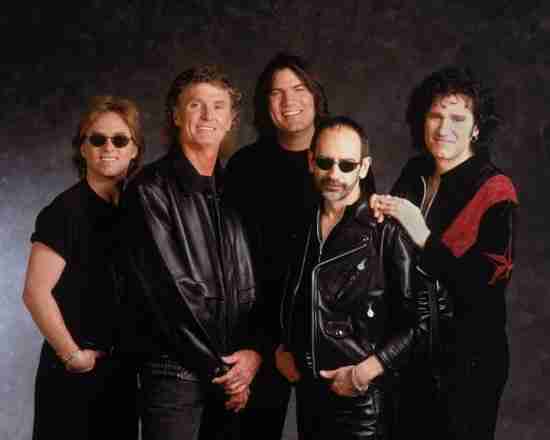 In an era where a lot of music was becoming bloated and a movement was afoot to strip it down, Grand Funk Railroad seemed to appeal to neither set. At their root, they were a basic Blues Rock band that sung simple songs that appealed to a blue collar demographic. The critics despised them, but that did not stop them from selling millions of records and selling out multiple venues. Their biggest song and eventual mantra “We’re an American Band” was their greatest label and their biggest curse. To their fans they are a great American Rock band, though they did so at a time when that wasn’t necessarily cool. They have the success, but their lack of critical respect will likely keep them out.

GRAND FUNK RAILROAD AT THE MEADOWS RACETRACK AND CASINO IN WASHINGTON, PA

Buy your Tickets to see Grand Funk Railroad at The Meadows Racetrack and Casino in Washington, PA HERE for as little as $78! 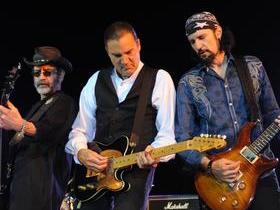 Buy your Tickets to see Grand Funk Railroad at Indian Ranch in Webster, MA HERE for as little as $65!

Buy your Tickets to see Grand Funk Railroad at French Lick Resort in French Lick, IN HERE for as little as $72!

Buy your Tickets to see Grand Funk Railroad at MGM Northfield Park - Center Stage in Northfield, OH HERE for as little as $91!

12
-4 #12 Eunice Burns 2015-09-09 01:49
To borrow a phrase: they're neither grand, funk or a railroad. But I love them. Not HOF worthy (they're basically interchangab le w/ The Guess Who and 3DN), but fun nonetheless.
Quote
+6 #11 MARK SCARDINO 2015-09-02 16:21
Grand Funk, PUT THEN IN! The 3 originals, Mark, Don, and Mel are still out there rocking. Although Mark performs with his own band, and the GF band has Don & Mel plus 3-4 others, they still put on great shows as I've seen both in recent years. Their first album (still have the vinyl) was a little raw but that's what attracted those of us in the 60s-70s era to them. They added Craig on organ I think after their 3rd or 4th album so those 4 should be in and attend if they ever get in, and hopefully not the rest touring with Don & Mel. Either the original 3, or 4, members! Hopefully some day soon Mark will reunite with Don & Mel, maybe even Craig (he's in Bob Seger's band) for one last hurrah before they retire or pass. PUT 'EM IN R&R HoF!
Quote
+10 #10 Grand Funk Railroad 2015-04-09 13:00
are you my African American I was turned on to Grand Funk Railroad in the late sixties the first time I heard there live album I fell in love with for real American rock and roll band as I got older I went to one of their concerts and Philadelphia mark Don and mail the best rock n roll concert I ever been to the way mark played a guitar I could not believe it was only three of them and the Rock and Roll Hall of Fame will not conduct by true American band do not know who be voting on the committee because they do not know good music or musicians
Quote
+12 #9 Michael Bishop 2015-01-13 01:24
GFR seems to have influenced both Black Sabbath and Led Zeppelin, in my view. They pre-dated both groups and one can hear similarities there. Grand Funk certainly deserves to be in the Hall of Fame. Multi-platin um albums, sold-out concerts everywhere back in the day. They were huge!
Quote
+13 #8 william decker 2014-03-08 20:20
grand funk is the best rock group that ever existed,that 's a no brainer.sold out shea stadium ,before the beatles did,that should be enough ,to be in the rock hall of fame
Quote
+11 #7 TheHeights 2014-02-16 12:18
@GFunkfan: you state Grand Funk didn't influence other bands. Check out Spanky's response for that one. But for the statement that they didn't break any new ground, I'll respond to that. Were you around then, I don't think so but maybe you were.

Black Sabbath and Grand Funk defined a new music genre, now called Arena Rock(stupid name). Back then it was called Rock 'n Roll, and these two bands dominated. The Arena Rock tag came along as marketing companies tried to define the market, which now lends itself to well over 100 rock sub-genre;s. What the Sabbath and the Funk did was completely change Rock music as it was known. It now became a hard hitting, pulse thumping, electric guitar strutting sound, which wasn't heard before. If you think their music wasn't that good, maybe you should try listening to it with the lyrics in front of you. Their I Can Feel Him In The Morning, is probably the best written anti-war song every written.

The Railroad deserves to be put into the Hall of Shame over half those already entered. I will guarantee you that more than half of real Rock bands of the past twenty to thirtyfive years will list Grand Funk Railroad as a band that influenced their music.

One group not mentioned that should be in before all is The Muppets. They have been viewed by more musicians than any other group out there. That is factual.
Quote
+16 #6 william decker 2014-02-14 19:33
grand funk sold out shea stadium,befo re the beatles did,should be in the hall of fame just for that alone.1970 atlanta pop festival,pla yed for 180,000.peop le,they are legends in music.
Quote
+15 #5 Spanky 2014-01-07 11:41
170? The worlds greatest garage bad had 9 top 40 hits and two number 1 singles. They also had at least 11 gold albums. Influence Nirvana, Van Halen, Poison, Bonjovi, Red Hot Chilli Peppers (The song breaking the girl is about them.) And Del Shannon is in with 1 song. And utter miscarriage of justice. BTW David Lee Ross said he decided to go into music after seeing them.
Quote
+1 #4 GFunkfan 2013-11-05 16:03
While I was (and am) a fan, I think Grand Funk's lack of influence on other acts or the development of music is what keeps them falling short. Good as they were, as fun as they are to listen to, they didn't break any new ground.
Quote
+19 #3 TheHeights 2013-04-24 04:36
Grand Funk was the top performing band in the70's. Yet Public Enemy is in the Hall of Shame. No group had a bigger draw than GFR back in their heyday, yet even then they weren't given the recognition they deserved.

Back in the 70's, it was either Sabbath or GFR. Their live album was better than most groups live concerts.

What made the Funk so good, was their gritty sound from the 60's and early 70's. I'm Your Captain, Foot Stomping Music and my favorite, "Sin's A Good Man's Brother", were awesome sounds of Rock 'n Roll! Even their easy sounding anti-war "I Can Feel Him In The Morning" had an edge to it that helped define GFR.

What gets me mad, is that if you listen to the radio and want to hear them, all you might hear is We're An American Band. In my opinion a POP song. That too me, isn't Grand Funk as I remember them. That is basically the only song the radio stations will play. Give me GFR in the 60's & early 70's, if you want Rock 'n Roll.
Quote
12
Refresh comments list
RSS feed for comments to this post