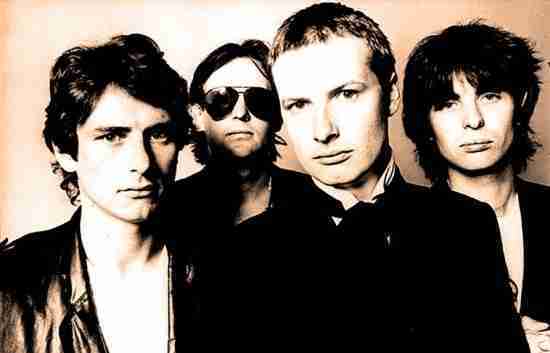 It seems that every musical genre has a representative that is dubbed the “thinking man’s” band. Some have bestowed that label for the Post Punk/New Wave set to XTC. In retrospect, that may be an accurate description for this English group.

XTC earned that label with possibly the most critically praised New Wave music that merged politicized lyrics with a tinge of New Wave, Art Rock and melodic Pop hooks.They developed a strong cult following and a few minor hits though mainstream success eluded them which was not helped by lead singer Andy Partridge’s stage fright which prevented them excessive touring.Considering the love they have from the critics, they have to be considered a dark horse contender for Cleveland.

+2 #2 chekov1 2018-09-12 01:36
Such a ridiculous over site by the losers at R & R Hall of Fame. Xtc should be considered the next logical Beatles given the long list of brilliant music. Personally, I think the masterpiece is Big Express. They just got better at it up through Skylarking. Can you imagine, Greenday has been inducted before Xtc... hilarious.
Quote
+5 #1 Esol Esek 2014-03-17 08:28
I desperately love this band.They weren't obscure in Seattle in the 1980s I'll tell you that much. They owned alternate and college radio, and English Settlement was a huge double album, that seemed guaranteed to shoot them into superstardom , but it didn't in the USA, because the USA was just too dumb, and maybe they kind of faded after that, because the fight sort of left the music. Of course Black Sea is a total masterpiece, as is Drums and Wires, and many songs in between. Most under-apprec iated band in music history, up there as the band most deserving and broad enough to claim the impossible follow-up mantle title from the Beatles.
Quote
Refresh comments list
RSS feed for comments to this post