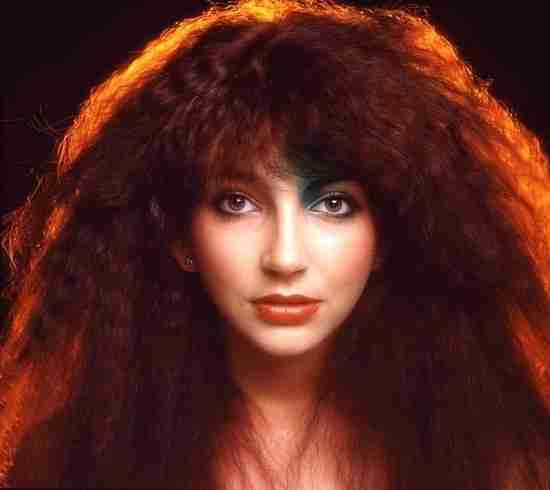 Fans of Popular music often try to emulate the singing styles of their favorite performers. Kate Bush had legions of fans, but many of them probably never tried to sing like her. They knew it couldn’t be done.

Kate Bush did have an unusual singing voice which was matched by her material. She was an unlikely superstar whose literary references and broad themes seemed even more unique considering the young age in which she created them. After her initial success, Kate Bush slowly became a musical recluse which has only served to expand her myth and the collection of idealist strong females who found her influential is a bountiful and talented lot. A superstar in England, Bush did have some success in America, but it may not have been enough for her to crack the Hall who may look for an American version of the female songwriting prodigy that she was.

Should Kate Bush be in the Hall of Fame?

Should Kate Bush be in the Hall of Fame?

+15 #6 Lee Roschen 2017-10-11 06:33
Kate Bush is an artist who may have had much success in her native England, but has had very limited success in North America. May I suggest another artist who has been in a similar position for DECADES. That someone is Cliff Richard! Good grief people, Cliff has been as big in England as Elvis Presley was in The United States, has recorded over 100 albums, and as of 2018, will have been in the music business for 60 YEARS! And he is STILL chugging along, recording, and touring, and still has not gotten any recognition from the RRHF that is so LONG OVERDUE. Maybe someday Kate Bush will get another nomination (like this year), and I hope she eventually gets in. But passing over Cliff Richard with or without his accompanying group The Shadows after all these many, many years is absolutely unthinkable and ridiculous! Cliff and/or The Shadows, at this place in time, are far more deserving of this honor. Sorry to disappoint you all.
Quote
+2 #5 Bruno 2016-01-01 20:41
In a right world, she would have all the accolades. As it is, only a niche market in the US paid attention to this genius, while she remains a superstar in her native country. Unless "This Woman's Work" somehow gets resurrected in a TV show or movie, I doubt the right thing will happen here.
Quote
+2 #4 Musicologist999 2014-03-29 22:12
@ Avenger280 Commercial success shouldn't matter. The RNRHOF should be about talent and influence, not commercial success. Besides, it's the Rock n Roll HOF, not the Artists Who Have Had Success in the US Rock n Roll HOF

Tell that to the RNRHOF. Commercial success doesn't count for every act---The Velvet Underground never sold hugely, or Frank Zappa, just to name a couple---but it *does* have an influence on other acts. Many, in fact. Ditto for commercial success specifically in the U.S., because that is where the Hall is based. If you're not aware of these things,Aveng er, then you haven't done your homework about the RNRHOF.
Quote
+1 #3 Carl Contino 2014-01-07 22:49
PLEASE PUT HER IN!!! She is the most talented person I have ever heard of.
Quote
+2 #2 Avenger280 2012-09-23 09:55
Commercial success shouldn't matter. The RNRHOF should be about talent and influence, not commercial success. Besides, it's the Rock n Roll HOF, not the Artists Who Have Had Success in the US Rock n Roll HOF
Quote
+6 #1 Musicologist999 -0001-11-30 00:00
Kate Bush is a marvelously talented lady, with many recording acts pointing to her as an influence, and her fanbase is quite substantial. But she IS a recluse, and has had only limited commercial success in the States.
Quote
Refresh comments list
RSS feed for comments to this post