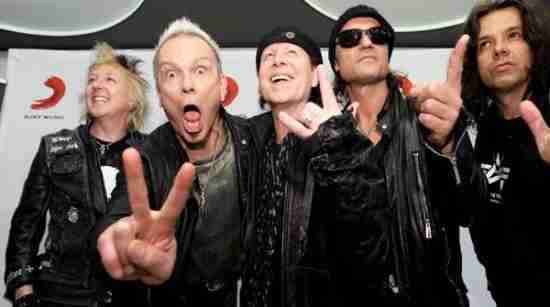 You didn’t think we were done with the Germans did you? We return to the “Fatherland” where we have a band (unlike our number one choice, Kraftwerk) that had true international success and is considered one of the top acts to come out of Continental Europe. We wonder if we are going to hear from some of their fans that they should be our highest ranked German band.

The Scorpions were far from overnight sensations. They were together for years before they achieved success outside of Germany and Japan. By the early 80’s they had a surprise breakthrough in the United States and they became Hard Rock superstars selling out arenas world wide. Considered Heavy Metal ambassadors, they were able to appeal to the Hair Metal crowd without losing any traditional Heavy Metal appeal. Throw in a dynamic live show and that they are sill performing today, they may not be our highest ranking Germans, but they are the ones with the best shot.


Should Scorpions be in the Hall of Fame?

Buy your Tickets to see Scorpions with Queensryche at Planet Hollywood Resort & Casino - Las Vegas in Las Vegas, NV HERE for as little as $103! 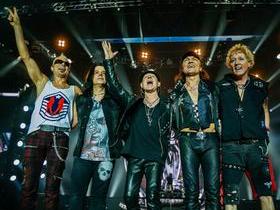 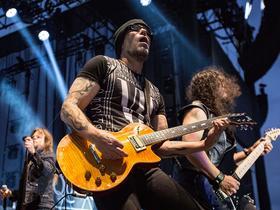 Buy your Tickets to see Scorpions with Queensryche at Planet Hollywood Resort & Casino - Las Vegas in Las Vegas, NV HERE for as little as $127! 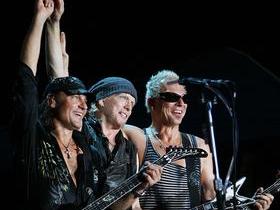 Buy your Tickets to see Scorpions with Queensryche at Planet Hollywood Resort & Casino - Las Vegas in Las Vegas, NV HERE for as little as $!

Buy your Tickets to see Scorpions with Queensryche at Planet Hollywood Resort & Casino - Las Vegas in Las Vegas, NV HERE for as little as $101!

+4 #4 Michael tabor 38 2017-08-19 04:46
One of the greatest bands from interconitel Europe. Top 10 not in Hof regarding there live shows! Schenker brothers is the best brother Combo on guitar. 1st band to play in the Soviet union. There worthy. Problem is priest Maiden ProBally need to get in 1st. Maybe Deff lepp cure & Bon Jovi as well
Quote
+10 #3 Ultim8Aggie 2014-08-08 13:30
The Scorpions not in the RNR Hall of Fame is a disgrace. They sold out arenas time and time again over the decades, had multiple albums that were a huge success, have millions of fans worldwide and their music is Hall worthy.

Unreal. I truly hope this mistake gets corrected in my lifetime.
Quote
+7 #2 Knuckles -0001-11-30 00:00
Way more rock? Whomever put the idea forward that rock is only big hair and big guitars owes the music world a huge apology for the missed point as well as ignoring the actual history of rock and roll. Elvis and Chuck Berry musn't be rock, either, then. Ha.
Quote
+13 #1 jimmy26 -0001-11-30 00:00
This is one I just don't understand at all. How are teh Scorps not considered hall worthy? Too pop? Bullshit. Have you ever listened to them? They were as rocking as it gets. Too pop. So what! isn't that a sign you did well when you actually sell albums. Nobody is complaining about the Stones sellig albums or blasphemy the biggest pop group ever the Beatles. The Scorps are way more rock than those 4 blowhards. throw in the German connection and Klaus and the boys should be a no brainer. and oh yeah I loved the cheesy videos too. Let them in.
Quote
Refresh comments list
RSS feed for comments to this post