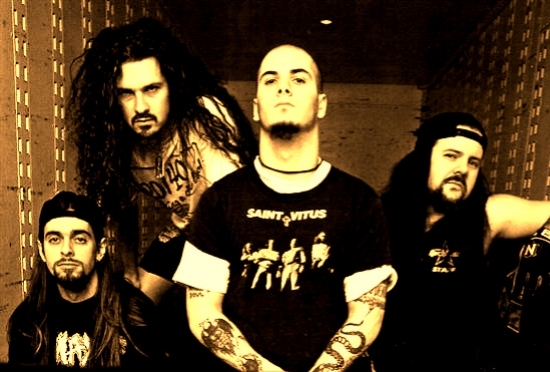 With all due respect to Metallica, it has been often stated that Pantera was the most important Metal band of the 1990’s. Looking back to that decade, it is easy to see why Pantera has that distinction as if any band broke Metal into new boundaries in the 90’s it surely was Pantera.

The first part of Pantera’s career; may not have yielded its best results. Their efforts in the 1980’s saw them in the Glam Metal genre which yielded neither commercial nor critical hits. With the addition of vocalist Phil Anselmo, the new decade saw Pantera adopt a new attitude and a new style of Metal later dubbed Groove Metal. As Grunge ripped through the fabric of the Metal landscape, Pantera (though not a Grunge band) helped to make the Glam Metal of the 80’s seem like a tame bubblegum act in comparison. Bucking the trends of other Metal subgenres, Pantera remained loyal to their style and developed a legion of fans that would not have it any other way. The Hall is not a complete impossibility, but there is along wait behind their Metal forefathers to get in.


Should Pantera be in the Hall of Fame?

Should Pantera be in the Hall of Fame?

+9 #3 LS 2014-09-06 01:37
You have to be kidding having these guys all the way at 63 behind some complete jokes. You could make a legit argument for DIme being the best metal guitarist of all time, they rose to sell out stadiums without any radio airplay, and embodied all that is rock and roll. Get these 4 in there.
Quote
+9 #2 Gary W. 2013-07-13 04:05
Damn straight these guys need to get in. Even if the Hall doesn't see Pantera as being big, they innovated, had put out amazing albums(the choices made by NIHOF album wise is almost their entire studio discography) and with Dimes death in 04, in Columbus OH, its also a HELL of a story for them to tell about their guitarist. Yeah, Maiden Motorhead and Priest need in first but Pantera IS a deserving band with more than enough fans who want them in.
Quote
+8 #1 kevin dell 2013-03-23 01:11
Maiden, Priest and Motorhead IN next year, then Pantera can go in as soon as possible - they are my personal favorite band.....has anyone ever said that about ZZ Top, Talking Heads etc etc in the history of mankind???
Quote
Refresh comments list
RSS feed for comments to this post