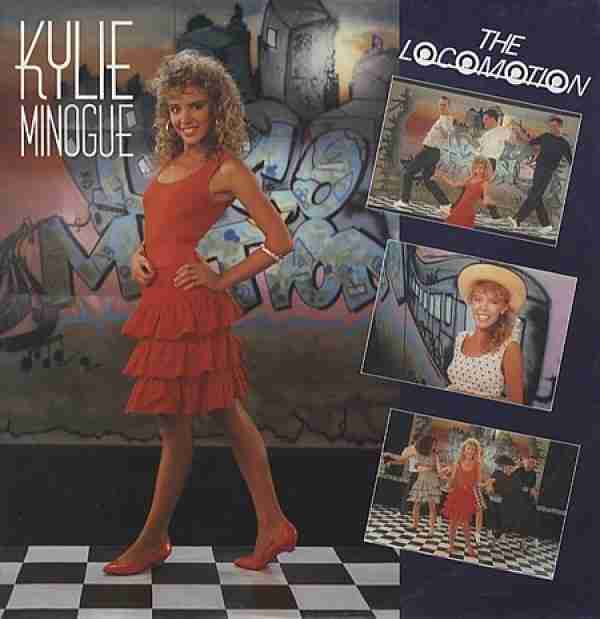 
In the early 60’s, Little Eva had her biggest hit with a soulful and fun rendition of the Loco-Motion.  It was part of those early 60’s dance craze songs and it was a great song for that era, and perfect for Little Eva.  We can’t say the same for the respective covers by Grand Funk Railroad and Kylie Minogue; our first “tie” on our list.

First off Grand Funk Railroad was neither Grand nor Funky; and they sure as hell weren’t a railroad.  Did they think it was cute that named after a railroad it was cute to cover the “Loco-Motion”?  Bottom line is that this is a song that SHOULD not be covered by a male, and especially by a band that was not known for anything dance related.  How the hell this went number one is anyone’s guess.

As for Kylie Minouge, before she was a dance siren, she was an Australian soap star who had a decent enough voice so naturally she was given a shot to become a singing star.  Minouge’s version was 80’s bubble gum amplified with an even worse 80’s style video match.  Anyone watching that mess would have never guessed she would have become the singing star she became.

With that said, can we leave the Loco-Motion alone please?

How awful is The Loco-Motion?

0 #2 Mellissa Lynn 2015-07-08 10:00
My vote is for Kylie's version, not the GFR one (I think it's okay, but not anything to write home about). Kylie's version is fun bubblegum pop that girls like to sing along to. Does it need to be more than that?
Quote
0 #1 Musicologist999 -0001-11-30 00:00
Grand Funk Railroad's rockin' version is pretty good actually, but Kylie Minogue's over-the-top , super-slick 80's version is not. I'll leave it at that.
Quote
Refresh comments list
RSS feed for comments to this post