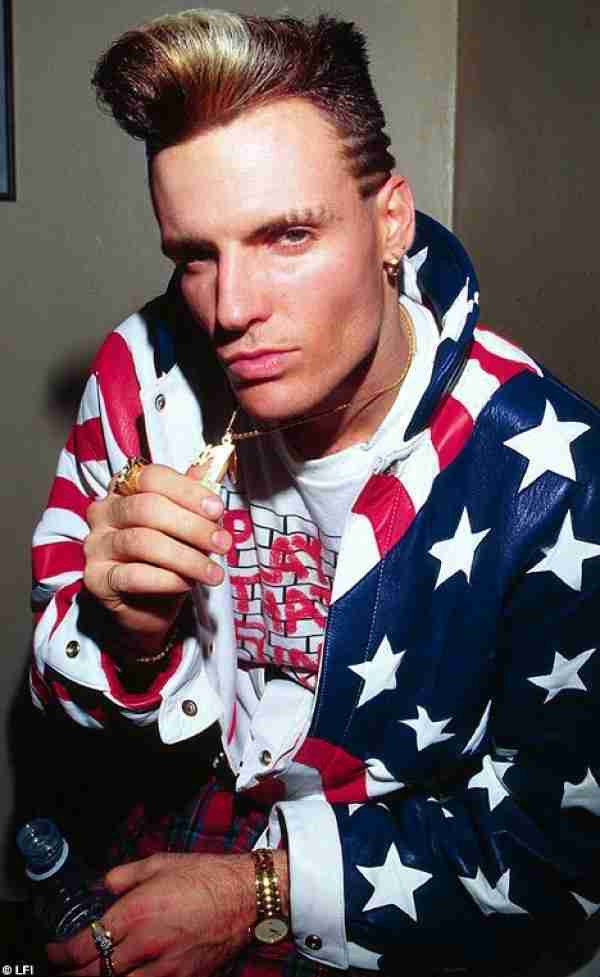 
It isn’t that he was a white rapper that made it so funny.  Fact is, the Beastie Boys were already bringing their brand of rap to the suburbs and sooner or later there was going to be a white solo star to break down that racial boundary.  And while he wasn’t the first to appropriate black culture in terms of look and music (Elvis made his fortune on it). What really made people turn off Vanilla Ice was quite simply the fact he was just a really big douche.

Initially, he was just thought of as a poser; allegations of fabricating a street past combined with a complete denial that he sampled the bass line from Queen’s “Under Pressure” only made him look as foolish as his baggy sequined pants.  Ice Ice Baby was a joke and while in 1990 it was embraced by suburban white kids, those same kids traded in baggy pants for flannel shirts a couple years later.  By late 1991, he released the movie “Cool as Ice” which was critically panned and publicly laughed at.  Within twelve months he went from superstar to punch line and currently he can be seen as the asshole in various reality shows.  That is a role where he certainly isn’t labeled as a poser.

How awful is Ice Ice Baby?