1. Rick Dees and his Cast of Idiots 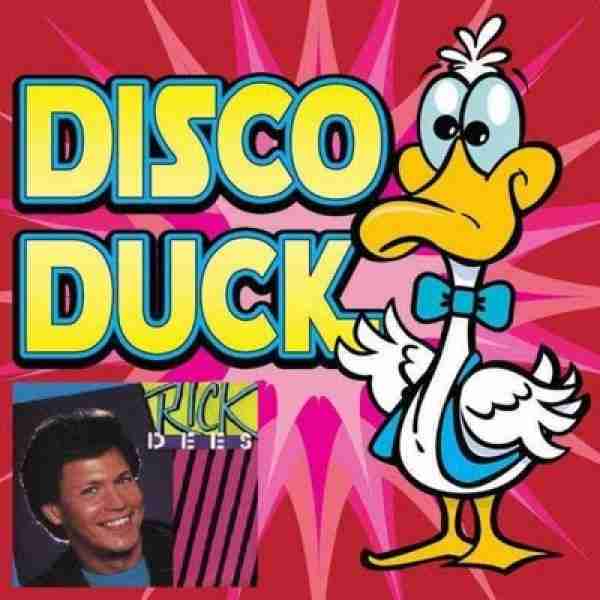 We turn to the year of 1976 (a trend you will see on this list) for the song voted by the NIHOF committee as the worst song ever recorded in modern pop culture history.   We know that Disco was never meant to be serious or poignant.  Much of the genre is armed only with pulsating rhythms and lyrics about either dancing or sex.  This song, which may be Disco in genre neither, did not have the pounding beats, nor was it remotely sexy.  It was however, a complete pile of shit.

Memphis Disc Jockey, Rick Dees and his Cast of Idiots parlayed the musical fad into a novelty song about a man inspired to dance like a duck; which of course gives him the confidence on the dance floor and presumably with the ladies.  Of course, Dees sings along with a “duck” whose voice is conveniently ripped off from Donald Duck of Disney fame.  Somehow, this song which was barely danceable and lyrically juvenile even by Disco standards became a monster hit and actually hit number one on the charts.  Sadly, Rick Dees didn’t go extinct like the Disco music he cashed in on.  That generation’s Ryan Seacrest actually had his career vaulted by the success of that craptacular tune.  His radio show (if anyone is the icon of the corny morning D.J. it is Rick Dees) became syndicated across the country polluting the airwaves with his brand of fromage.  He also was the final host of the brutal Solid Gold program of the 80’s and somehow managed to convince a network executive to give him a late night talk show.

How could this happen? Well, we blame the music buying public of 1976 for unleashing this goof upon on an unknowing public.  Our only saving grace is that the song that launched his career is nowhere to be found on the radio today; not even on his own shitty show.

How awful is Disco Duck?