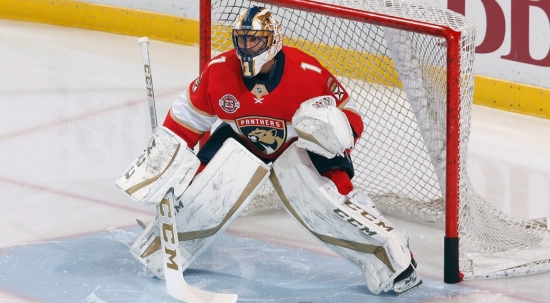 A major retirement has just taken place in the world of hockey as Florida Panthers’ Roberto Luongo has announced that he is hanging up the goalie equipment.

Luongo was the 4thoverall pick in 1997 by the New York Islanders but his stay in New York would be a short one.  He had a mediocre rookie season (1999-2000) and after the Isles selected fellow goalie, Rick DiPietro 1stoverall in 2000 and along with Olli Jokinen he was dispatched to the Florida Panthers in what is now considered a lopsided trade.

The native of Quebec would show steady improvement and in 2002/03 he would lead the NHL in Goalie Point Shares. The next season would be his true breakout year as he would finish first in Saves and Goalie Point Shares with a 2.43 Goals Against Average.  He would be named to his first All-Star Game, finished third in Vezina Trophy voting and would also be chosen to be a Second Team All-Star.  2004 would be a great year for Luongo as he would backstop Canada to a win at the World Cup of Hockey.  This was after he would win the World Hockey Championship, his second straight. The NHL was locked out in 2004/05 but he remained an elite Goalie when play resumed in 2005/06 and was again the leader in Saves.

Luongo was surprisingly traded to the Vancouver Canucks for the 2006/07 season and in the next five years he would finish in the top ten in Vezina Trophy voting with a second place and third place finish in 2006/07 and 2010/11 season respectively.  In the former year, he was again a Second Team All-Star, the latter he was the William M. Jennings Trophy winner and would take the Canucks to the Stanley Cup Finals in 2011.  He would notably be the starting Goalie for Vancouver’s 2010 Olympic Gold Medal win.

The butterfly style goalie would be traded back to the Florida Panthers in 2014 where he would finish his career and go to his fourth and fifth All-Star Game.  He retires with 489 Wins (3rdOverall), 28,409 Saves (2ndOverall) and a 2.52 GAA.

Luongo is eligible for the Hockey Hall of Fame in 2022 and we will be adding his name to our hockey futures section soon.  He has a first ballot Hall of Fame resume and he will be ranked very high on our list once eligible.

We here at Notinhalloffame.com would like to wish Roberto Luongo the best in his post-playing career.

More in this category: « Our Top 50 All-Time Kansas City Chiefs are now up Tina Turner headlines the Memphis Music Hall of Fame Class of 2019 »