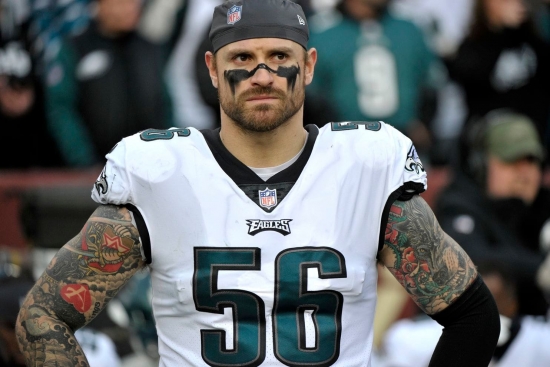 We have another significant retirement to speak about as Chris Long announced that he is retiring from the National Football League after 11 seasons.

Drafted 2ndOverall in 2008 by the St. Louis Rams from the University of Virginia, Long would be a starter as a rookie earning all-rookie honors.  Long would record 13.0 Quarterback Sacks in 2011 and followed that up with 11.5 the year after.  He stayed with St. Louis until the 2015 season and would sign with the New England Patriots where he assisted them in a victory in Super Bowl LI.  Long would be a back-to-back champion as he was with the Philadelphia Eagles for their win in Super Bowl LII.  He was named the Walter Payton Man of the Year in 2018, which is now his final season in the NFL.

Long retires with 70.0 Quarterback Sacks and along with his father, Howie, has the most Sacks for any father/son combination with 154.

We here at Notinhalloffame.com would like to wish Chris Long the best in his post-playing career.

Kirk Buchner, "The Committee Chairman", is the owner and operator of the site.  Kirk can be contacted at [email protected] . Email This email address is being protected from spambots. You need JavaScript enabled to view it.
More in this category: « Rashad Evans named to the UFC Hall of Fame Josh Hamilton named to the Texas Rangers Hall of Fame »