Josh Hamilton named to the Texas Rangers Hall of Fame 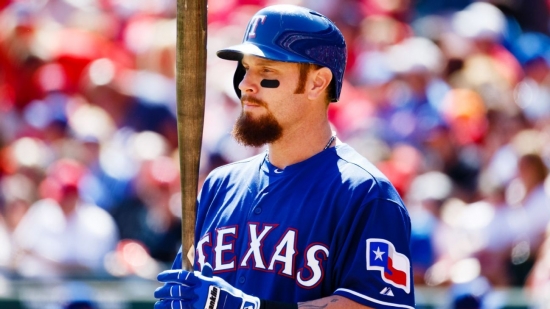 The Texas Rangers have announced that Josh Hamilton will be the next former player to be inducted into their franchise Hall of Fame.

It was a long road for Hamilton, a former number one Draft Pick whose career was derailed by a severe drug addiction and after leaving baseball for three years he made a comeback in 2005 he would make his MLB debut in 2007 with the Cincinnati Reds at age 26 and after a good rookie campaign he was traded to the Texas Rangers where he would spend the next five seasons, all of which would see him earn All-Star honors.  Hamilton was a vital component of Texas’ back-to-back American League Pennants in 2010 and 2011, and in the former year he would win the MVP while also winning the Batting Title.  Hamilton would sign with Los Angeles Angels of Anaheim in 2013 but returned for one more season in Texas for 2015, which would be his final year in the Majors.

Hamilton’s overall numbers with the Rangers would see him collect 814 Hits with 150 Home Runs, 531 Runs Batted In and a .302 Batting Average

We here at Notinhalloffame.com would like to congratulate Josh Hamilton for earning this honor.

More in this category: « Chris Long Retires The NASCAR Hall of Fame announces their 2020 Class »