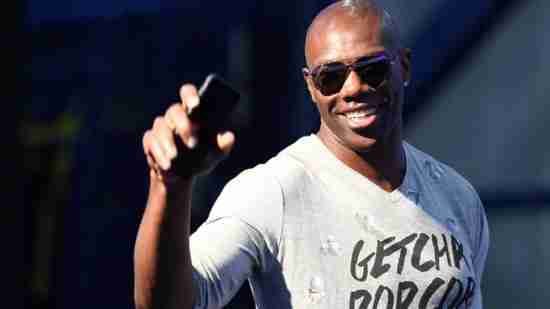 The saga of Terrell Owens and his Pro Football Hall of Fame continued today as the former Wide Receiver announce on Twitter that he will be giving his acceptance speech at his alma mater, the University of Tennessee at Chattanooga.

“As many of you know, I am forgoing the Pro Football Hall of Fame induction ceremony in Canton. After giving it much thought, I have realized just how much I want to celebrate what will inevitably the best weekend of my life at a place that means so much to me.

I have decided to give my Hall of Fame speech at the University of Tennessee at Chattanooga in McKenzie Arena on Saturday, August 4. The event, which is free and open to the public, starts at 3:17 p.m.

I’m proud to be a Moc, and I’m honored to be able to share this experience with my family, friends, teammates and fans at the place that provided me an opportunity beyond high school and where I truly began to find myself as an athlete. Thank you to everyone who has supported my celebration decision. I look forward to seeing you all in Chattanooga.

The Hall of Fame induction ceremony will take place at 7 PM EST the same day.

As we have said here many times at Notinhalloffame.com we are very happy for Owens’ induction and have been a supporter of this since he was first eligible three years ago. It is hard however to paint this as anything other than a little selfish and attention grabbing as it does take away from the other inductees.