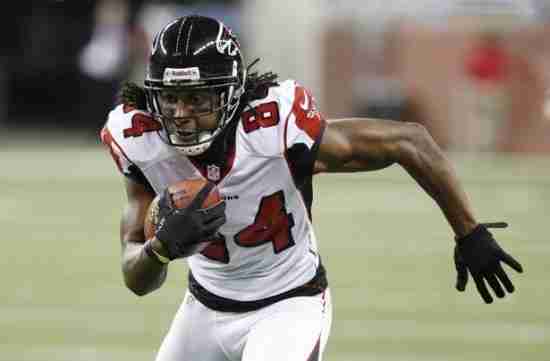 15 Apr
2017
Not in Hall of Fame
We have another significant retirement in the National Football League as former Wide Receiver, Roddy White, has officially called it a career.

A first round pick (27th Overall) in 2005 out of UAB, White would become a bona fide star in 2007 where he would secure his first of what would be six consecutive 1,000 Yard seasons.  The following season, White would rattle off four straight trip to the Pro Bowl, the best of which was in 2010, where he would be named a First Team All Pro and lead the NFL in Receptions.

White ends his career with 10,863 Receiving Yards, all of which were with the Atlanta Falcons, the most in franchise history.

White did not play in 2016, after being released by Atlanta after 2015.  For those (Ok, us) wondering about when he will be eligible for the Pro Football Hall of Fame, which will be in 2021.

Of course, we will soon be adding him to our 2021 Futures.

We here at Notinhalloffame.com would like to congratulate Roddy White on an excellent gridiron run and we wish him the bet in his post-playing career.
Tagged under
Tweet

More in this category: « Dave Abbruzzese sounds off again The Austin City Limits HOF Class of 2017 is announced »