The Dallas Stars will retire Sergei Zubov's number next year 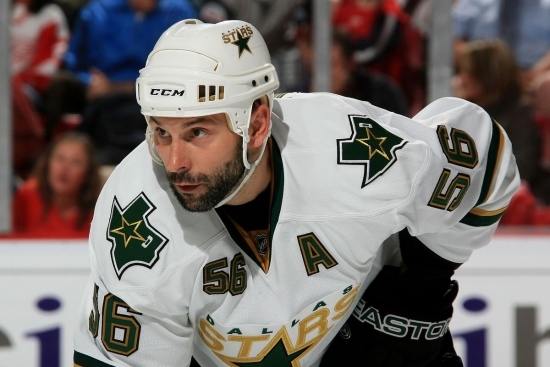 Regular visitors of Notinhalloffame.com know that we are slowly working on the top 50 of every major team in the NHL, NBA, NFL and MLB. Once that is done, we intend to look at how each team honor their past players and executive.  As such, it is news to us that Dallas Stars have announced that they will be retiring the number #56 of Sergei Zubov next season.

The Defenseman would join the Stars after being traded from the Pittsburgh Penguins before the 1996-97 Season, and he would stay there until he left the NHL after the 2007-08 campaign.  With Dallas, Zubov would go to three All-Star Games, and would be chosen as a Second Team All-Star in 2005-06.  The Russian blueliner would finish in the top ten in Assists three times and he would lead the NHL in Defensive Point Shares in 2000-01.  He was a vital member of Dallas’ Stanley Cup win in 1999.

We here at Notinhalloffame.com would like to congratulate Sergei Zubov for earning this honor.

More in this category: « Major Update: Our Football List has undergone a huge revision. Now up to 300. Purdue announces their 2020 HOF Class »