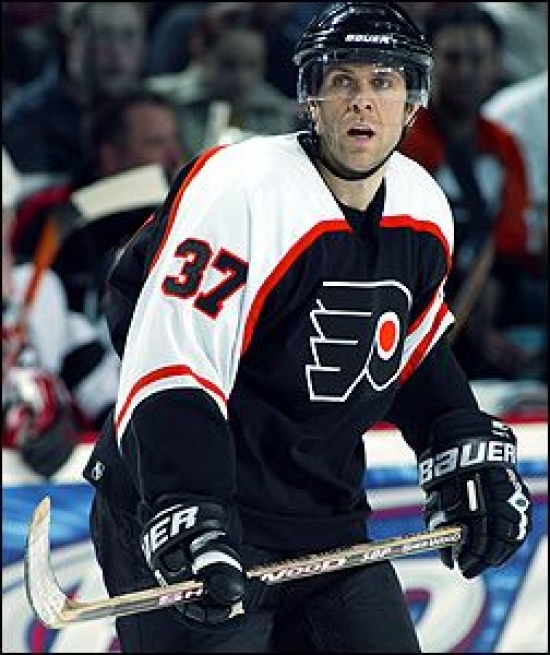 Like John LeClair, Eric Desjardins arrived in Philadelphia after winning a Stanley Cup in 1993 with the Montreal Canadiens and he would anchor their defensive corps for years.

Desjardins would be named the team’s top Defenseman seven times while going to the All Star Game twice.  He would also be named a Second Team All Star and while he was a Flyer he was in the top ten in Norris Trophy voting five times.  Desjardins would score 396 Points as a Flyer, the second most of any Defenseman in franchise history.