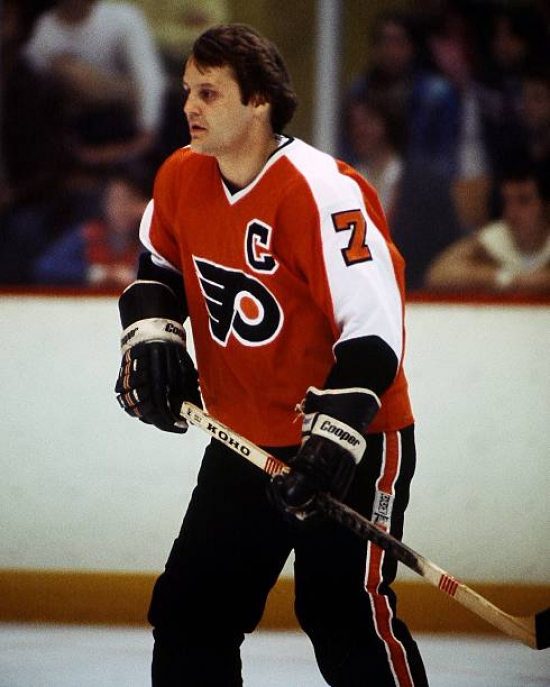 A member of the Philadelphia Flyers for all twelve seasons of his NHL career, Bill Barber provided scoring punch for the Broad Street Bullies and the years beyond.  Barber is the all-time leading Goal Scorer (420) for the Flyers and the six time All Star was also a three time post season All Star (one First Team and two Second Teams).  The Left Winger never had less than 20 Goals in a season and he was a 40 Goal scorer four times and had a 50 Goal campaign in the 1975-76 Season.

Barber would enter the Hockey Hall of Fame in 1990 where he became the third member of the back-to-back Stanley Cup Champions to be enshrined.