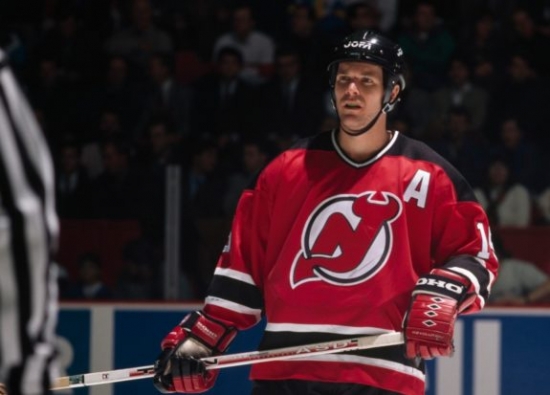 John MacLean was taken Sixth Overall in the 1983 Draft, and the Right Wing played 23 Games that year for the Devils that season.

MacLean went on to be one of the most tenured players in Devils history, and he was often called upon to be the scorer for the team.  In 1988-89, MacLean had his best year in hockey with a career-high of 87 Points, and it began a three-year streak of at least 40 Goals and 75 Points. MacLean was an All-Star in both 1985 and 1991, and as the team shifted to a more defensive stature, MacLean was a member of the Devils first ever Stanley Cup Championship team in 1995.

MacLean played with New Hersey until he was traded to San Jose in December of 1997. Overall with the Devils, MacLean accumulated 701 Points over 934 Games.