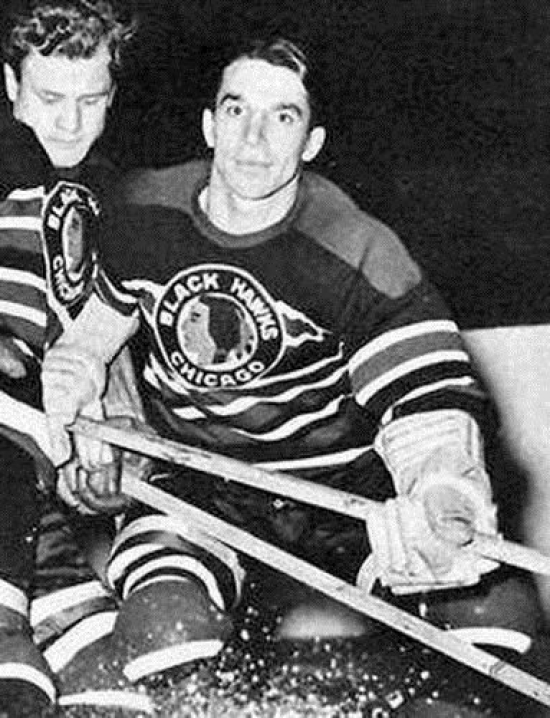 If you were to ask Art Ross after he first met Doug Bentley, he would have told you that both he and his brother Max would never have made the NHL let alone the Hockey Hall of Fame but Boston’s loss would become Chicago’s gain as the Bentleys were signed to the Blackhawks.

Weighing no more than 150 pounds, Doug Bentley would crack the roster quickly and along with his brother would form a potent offensive punch for Chicago.  He would win the Goal Scoring title in the World War II depleted 1942-43 and 1943-44 season and would score 73 and 77 Points respectively and was a First Team All Star and was a second place and third place finisher in Hart Trophy voting respectively in those two seasons.

He would be forced out of the 1944-45 season not because of injury but due to an exhibition game in Canada before the season where at the border he was denied permission to leave Canada and he could not return until the War was over, which would be the next season.

Along with his brother Max and Bill Mosienko, the “Pony Line” was formed and in the 1946-47 season he would be named to his third First Team All Star squad.  Max would be shockingly traded to the Toronto Maple Leafs and Doug thought about retiring from the game but he continue on and was named to five All Star Games and would be chosen for a Second Team All Star in 1948-49.

Doug Bentley would enter the Hockey Hall of Fame in 1964.