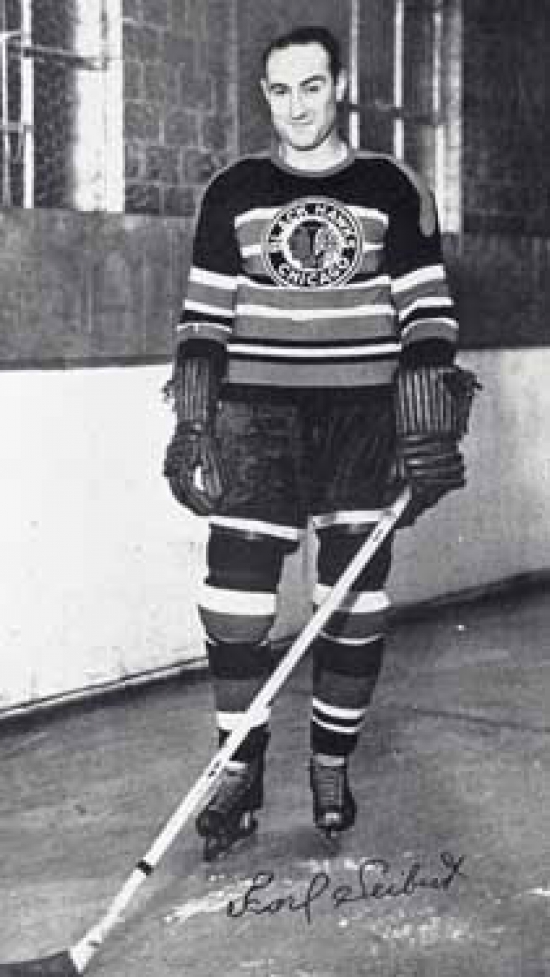 Earl Seibert may never have won the Norris Trophy as the National Hockey League’s top Defenseman, but look at the consecutive string of All-NHL Selections he had!

Seibert was a very serious player on and off the ice and his tenacious negotiating essentially led to Rangers ownership looking to unload him rather than pay him.  New York’s loss was Chicago’s gain and Seibert went on a near decade run of being one of the best shot blockers and checkers in the game and also one of the toughest as Eddie Shore famously said that Seibert was one player that he was actually afraid to fight!  Seibert anchored the Blackhawks blueline leading Chicago to a Stanley Cup in 1938 and he did score 191 Points over 410 Games, which for a Defenceman in that era is very good.

Sadly many remember Earl Seibert for ending the career of Howie Morenz in 1937 when he drove him awkwardly to the boards shattering his leg.  Morenz would die from complications of the injury six weeks later.

Seibert would enter the Hockey Hall of Fame in 1963.