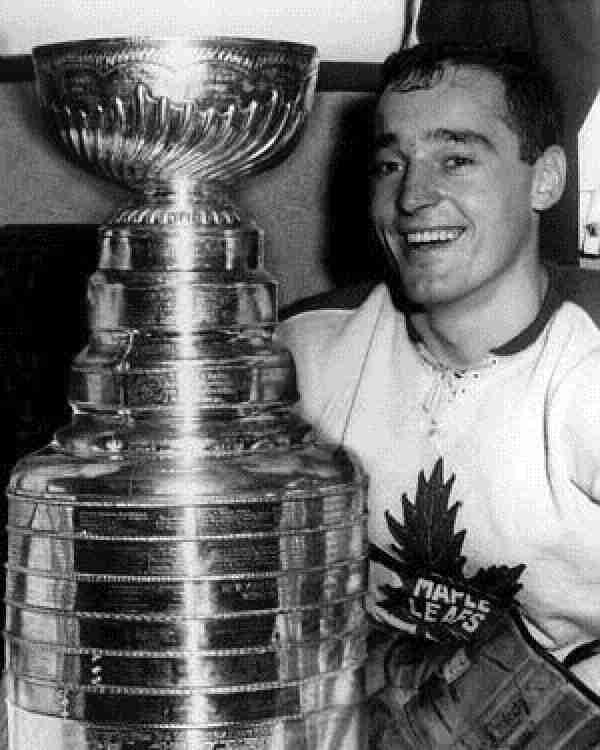 “The Big M”, Frank Mahovlich had a very productive career, though the way he was constantly booed by the Toronto Maple Leafs (while he played for them), you would never have known it.


Mahovlich was earmarked for superstardom early in his career and though he would win the Calder Trophy for the NHL Rookie of the Year and score regularly for the Leafs, the fans were expecting a lot more from the young Mahovlich. This was compounded by the Leafs Coach, Punch Imlach rode him hard to the point where the two never spoke to one another. Mahovlich actually had a mental breakdown and had to be admitted to the hospital for depression. He would return to the Leafs, but though still scoring respectable numbers, was still far from a fan favorite in Maple Leaf Gardens.

He would be traded to Detroit where is career was rejuvenated and he scored more frequently. He would later become a Montreal Canadian and post career highs in scoring and was a large part of two Stanley Cup wins for Montreal. Mahovlich would later join the WHA and had two good seasons before injuries caught up with him forcing him to retire in 1978. “The Big M” would enter the Hockey Hall of Fame in his first year of eligibility.

Should Frank Mahovlich be in the Hall of Fame?